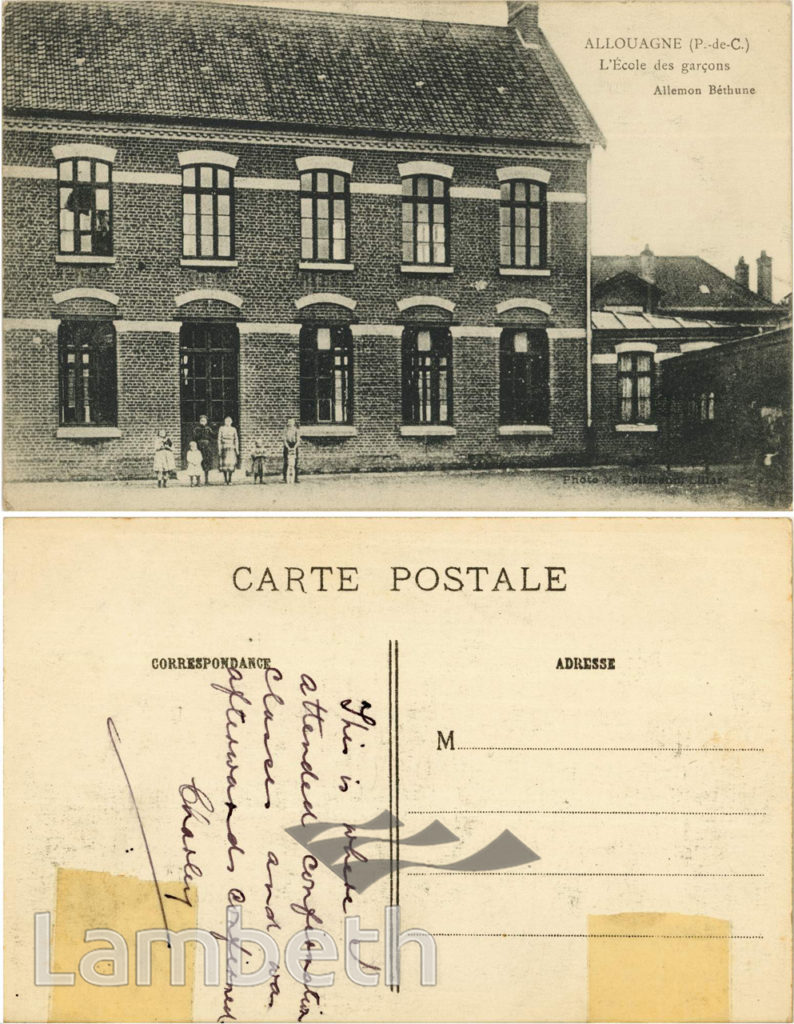 A postcard sent by Charles Wells from near the Western Front during World War I to his mother Mrs Blake of 58 Braham Road, Brixton North. The card show the Boys' School at Allouagne. He writes: 'This is where I attended confirmation classes and was afterwards confirmed. Charley'. He, along with his two brothers Archie and Albert, returned safely home to Brixton at the end of the war. Another postcard from Charley asks his mother if she could sent printed copies of his songs to him.From the 1st Surrey Rifles Archive. Ref: IV 36/11/6/2