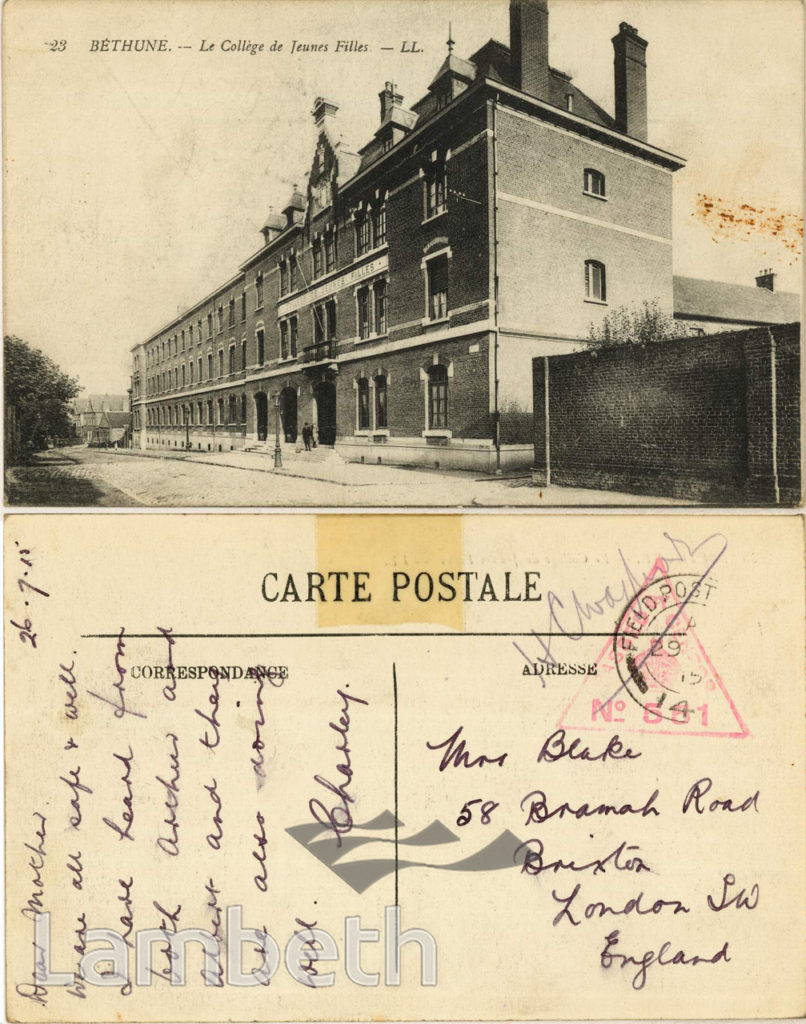 A postcard sent by Charles Wells from near the Western Front during World War I to his mother, Mrs Blake of 58 Braham Road, Brixton North. The card show the Girls' College in Bethune, France and is dated 26th July 1915. It also has the 'approved' stamp of the censor beneath the Field Post 14 postmark. All three of the Wells brothers returned safely home to Brixton at the end of the war. Another postcard from Charley asks his mother if she could sent printed copies of his songs to him.From the 1st Surrey Rifles Archive. Ref: IV 36/11/6/2