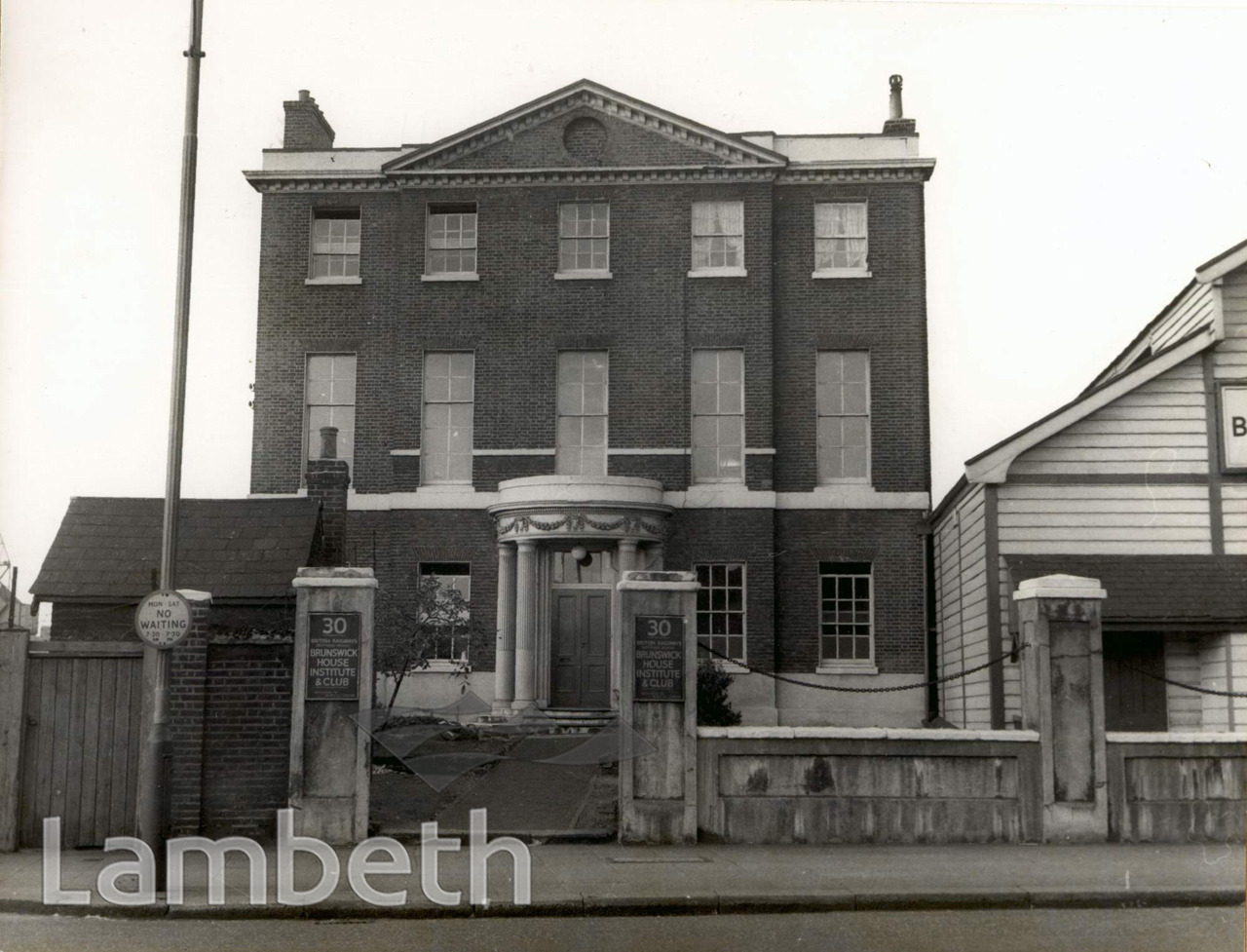 Brunswick House was built in 1758 by John Dawson as Belmont House, and in 1811 the main portion was bought by the Duke of Brunswick, brother of the Prince Regent's wife Caroline. By 1844 it was known as Brunswick House and run as pleasure gardens. The house was purchased by the South Western Railway Company in 1854-5 and used thereafter as an institute and club for railway workers and renamed Brunswick House. It is now a showroom for the Lassco architectural salvage firm and the land behind the site of the St George Wharf development.
#1951 - 1975  #BUILDINGS / ARCHITECTURE  #GROUPS AND SOCIETIES  #HOUSING  #ORGANISATIONS  #Photograph  #Surrey   #VAUXHALL
⇐SHOPS IN HERMIT...