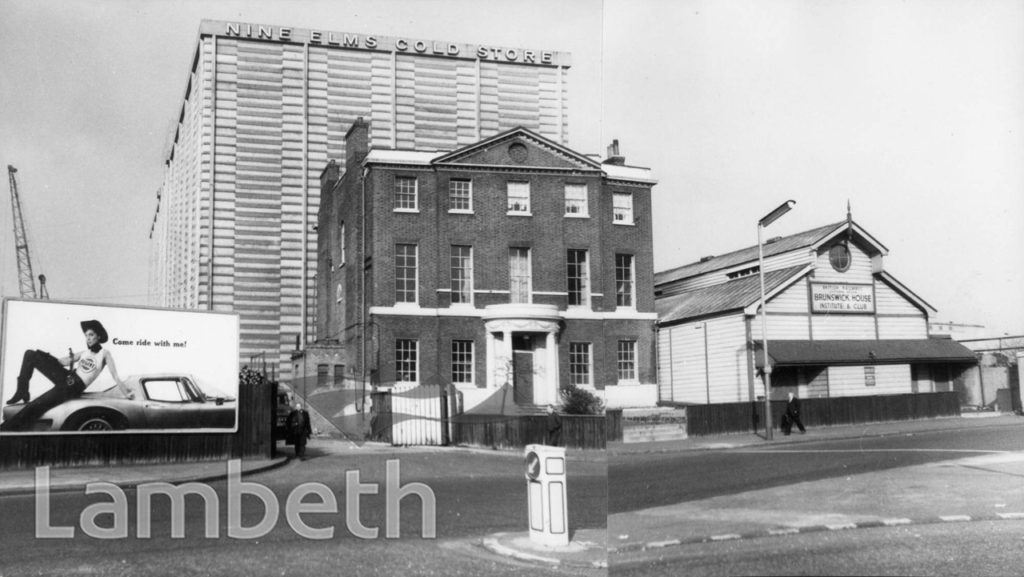 Brunswick House on Wandsworth Road, Vauxhall, with the Nine Elms Cold Store behind. Nine Elms Lane has since been realigned adjacent to Brunswick House fore-shortening the front garden. The house was built in 1758 as Belmont House by John Dawson and in 1811 the main portion was bought by the Duke of Brunswick, brother of the Prince Regent's wife Caroline. It was purchased by the South Western Railway Company in 1854-5 and used thereafter as an institute and club for railway workers. It is now a showroom for the Lassco architectural salvage firm and the cold store has been replaced by the St George Wharf development.Ref: LBL/DTP/UD/6/2/4/436