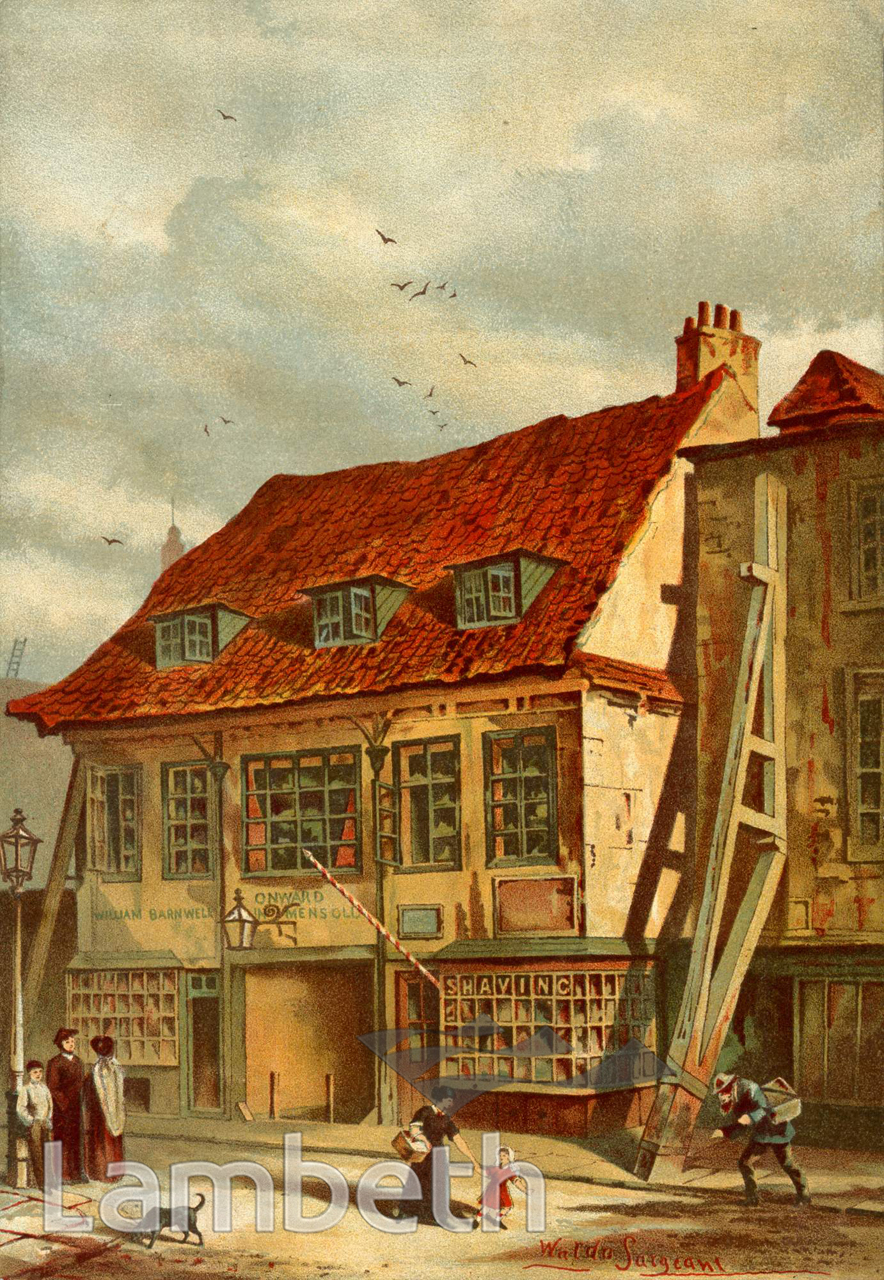 Bunyan's Hall or Teetotal Hall in Church Street (now Lambeth Road), had many uses over the years. Originally built as an inn where the Lambeth Fayre was held annually. The upper room for many years contained John Bunyan's pulpit, removed from the old Nonconformist meeting-house in Zoar Street, Southwark. Mr Watts, of Doulton and Watts, founded a ragged school in the building and later pioneers of the temperance movement met here. Its final years before demolition in 1888, saw it in use as a working men's club and coffee house.Lithograph by Waldo Sargeant.
#1850 - 1875  #BUILDINGS / ARCHITECTURE  #LAMBETH  #Lithograph  #RELIGION
⇐ST MARY-THE-LES...