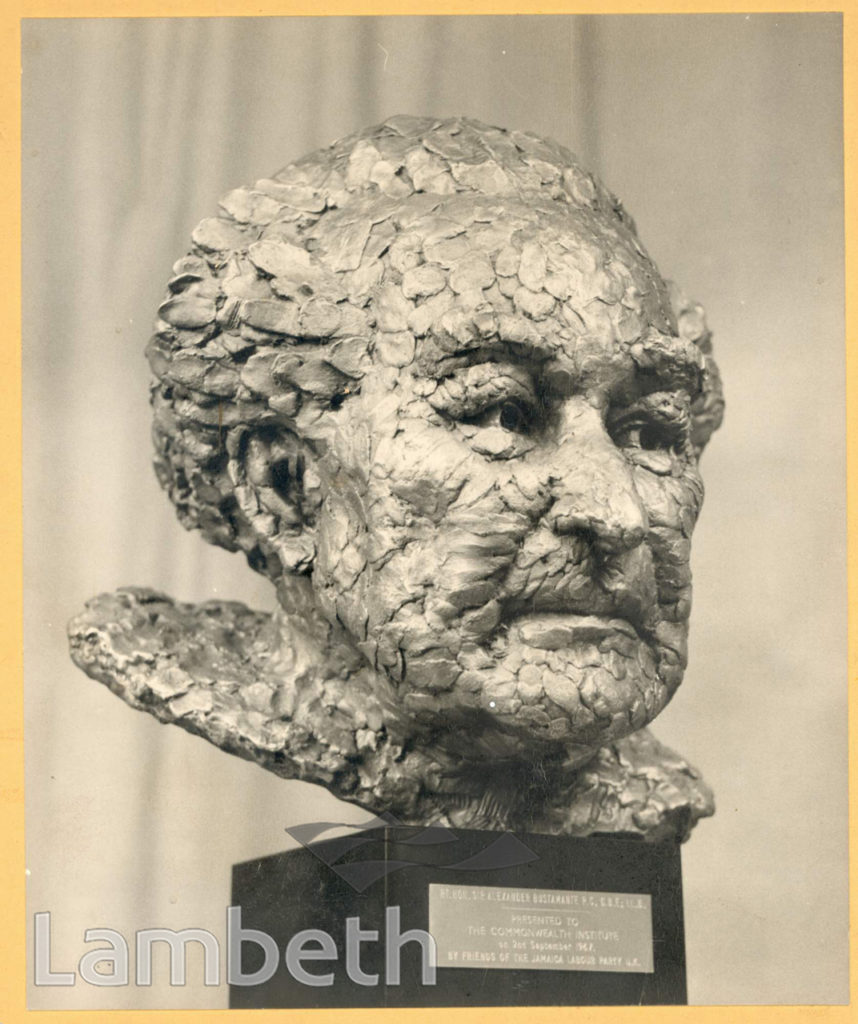 Bust of the Rt. Hon. Sir Alexander Bustamante (1884-1977), political activist and freedom fighter in Jamaica in the 1920s and 1930s. He founded the Jamaica Labour Party in 1943 and became prime minister from 1962 to 1967. The bust was presented to the Commonwealth Institute on the 2nd September 1967 by friends of the Jamaica Labour Party, UK. From the Harry Jacobs archive collection.Ref: IV/233 SP9000