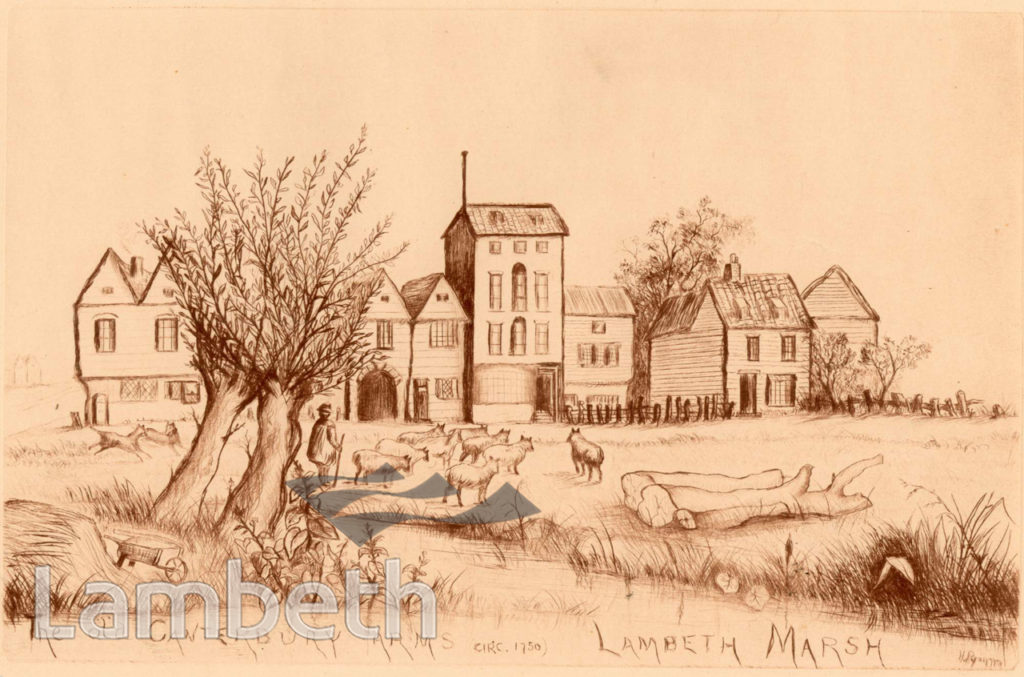 View across a field of sheep towards the Canterbury Arms public house in Lambeth Marsh, depicted as it appeared in the mid-18th century. The public house was supposed to have been built in the 16th century, but was burnt down in 1812. It's name was given to the Canterbury Hall which began in 1849 under the proprietorship of Charles Morton with Saturday night entertainments on the site. These proved so successful that the hall was enlarged and could accommodate an audience of 1,000 people each evening. Morton became known as the Father of the Music Hall.19th century engraving by H. Pymm.Ref: SP12/608/CAN.1