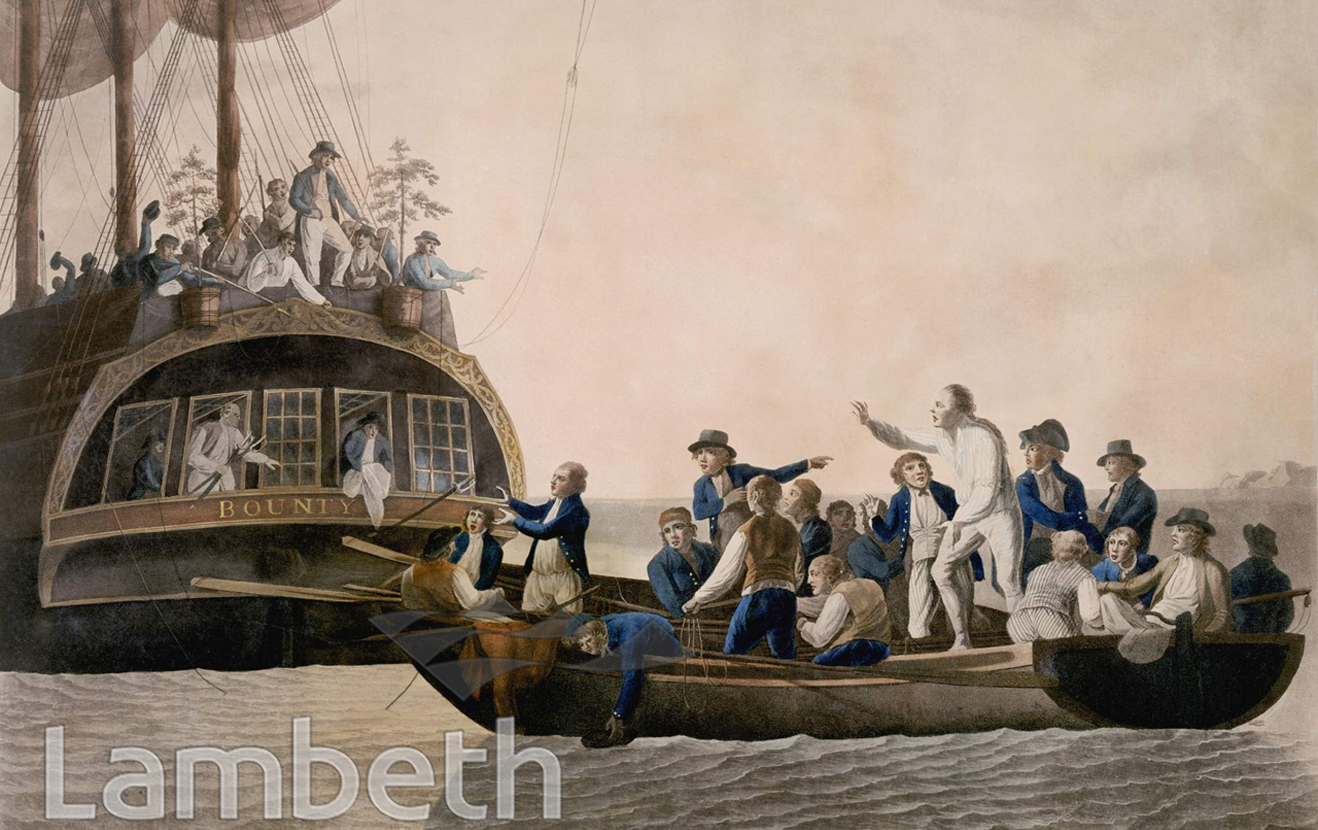 'The Mutineers turning Lieut Bligh and part of the Officers and Crew Adrift from His Majesty's Ship The Bounty'. Bligh was sent to transport breadfruit trees from Tahiti to the West Indies and was subjected to a mutiny by crew members. The engraving notes: 'Lieut. Bligh having completed a collection of 1015 fine Breadfruit plants, set sail from Otahiete, the 4th April 1789 and on the 29th before sun rise Fletcher Christian with 3 other mutineers entered his cabin, forced him out of bed and dragged him to the deck. A boat 23ft in length, 6ft 9" in breadth and only 2ft 9" deep was hoisted out when Lt. Bligh and 18 of his officers and crew were forced into it'. Their allocated rations were: 1oz bread, 1/4 pint water, occasionally a teaspoon of rum and 1oz pork, per man per day. Bligh successfully navigated 3,618 miles west for 41 days to Timor, losing one man who was killed by natives on Tofa. He is buried in St Mary's Lambeth. Digital image of engraving by Robert Dodd, published by B.Evans, 2nd October 1790.
#-Before 1850  #BLIGH- William  #Etching  #People  #RIVERS AND WATERCOURSES  #WAR AND ARMED FORCES
⇐CAPTAIN WILLIAM...