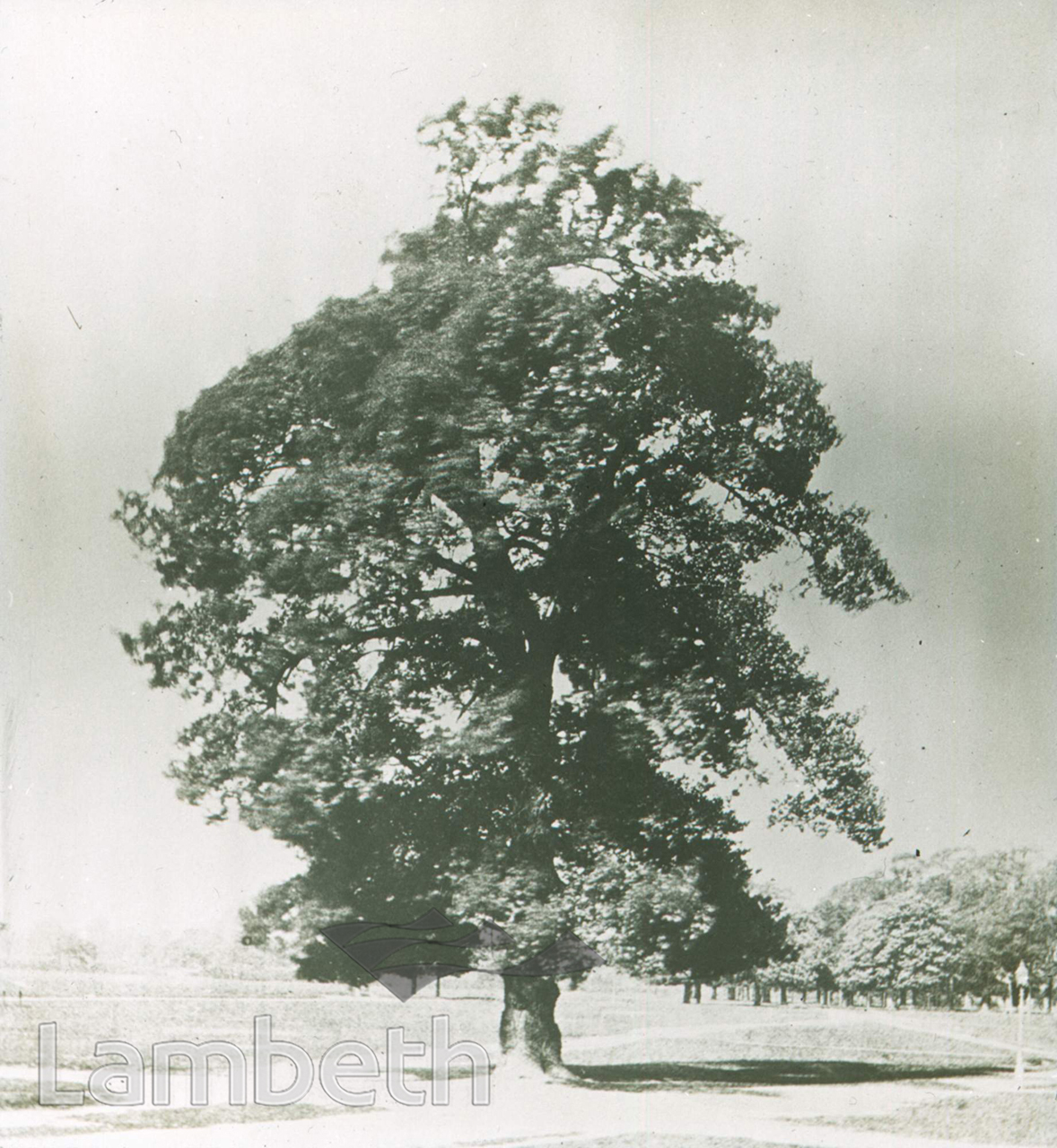 An early photograph of a tree on Clapham Common known by tradition as 'Captain Cook's Tree'. There were also adjacent oak trees referred to as 'Captain Cook's Trees', but there is also no proof that he planted them in memory of his three sons. However, his widow Elizabeth lived in Clapham High Street from 1788 until her death in 1835.
#1850 - 1875  #CLAPHAM  #OPEN SPACES  #Photograph
⇐WICKWOOD STREET...