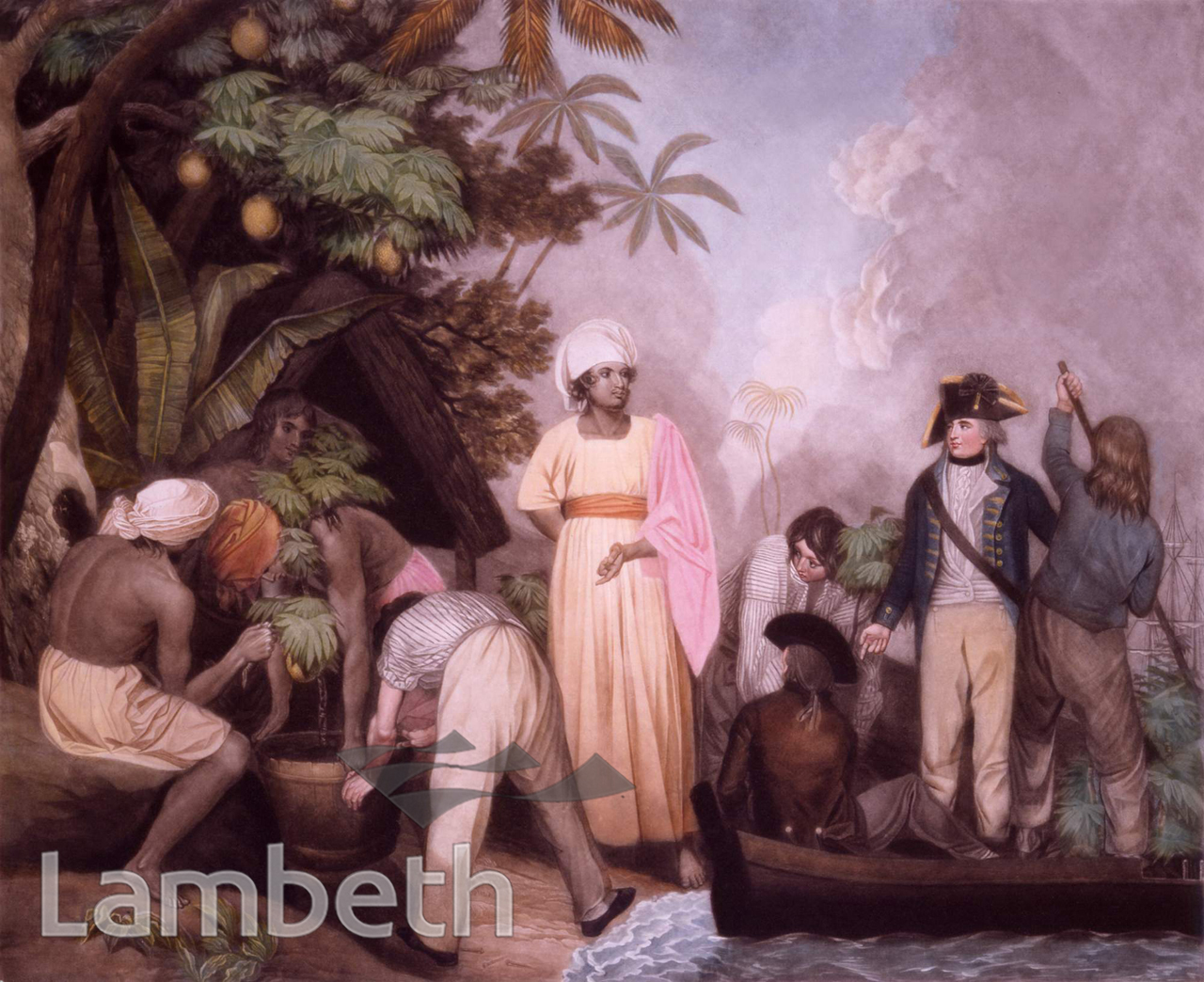 'Transplanting of the Bread-Fruit-trees from Otaheite', an engraving showing Captain William Bligh and crew receiving the breadfruit trees from a Tahitian chief for transportation to the British colonies in the West Indies. The subsequent voyage in 1789 aboard HMS Bounty became renown for the mutiny, twenty-five days into the journey. Bligh lived in Lambeth Road and was buried in the graveyard of St Mary-at-Lambeth in 1817. Engraved and painted by T. Gosse, published 1st September 1796.Digital Image of original etching.
#-Before 1850  #BLIGH- William  #Etching  #People  #WAR AND ARMED FORCES
⇐WARTIME PERFABS...