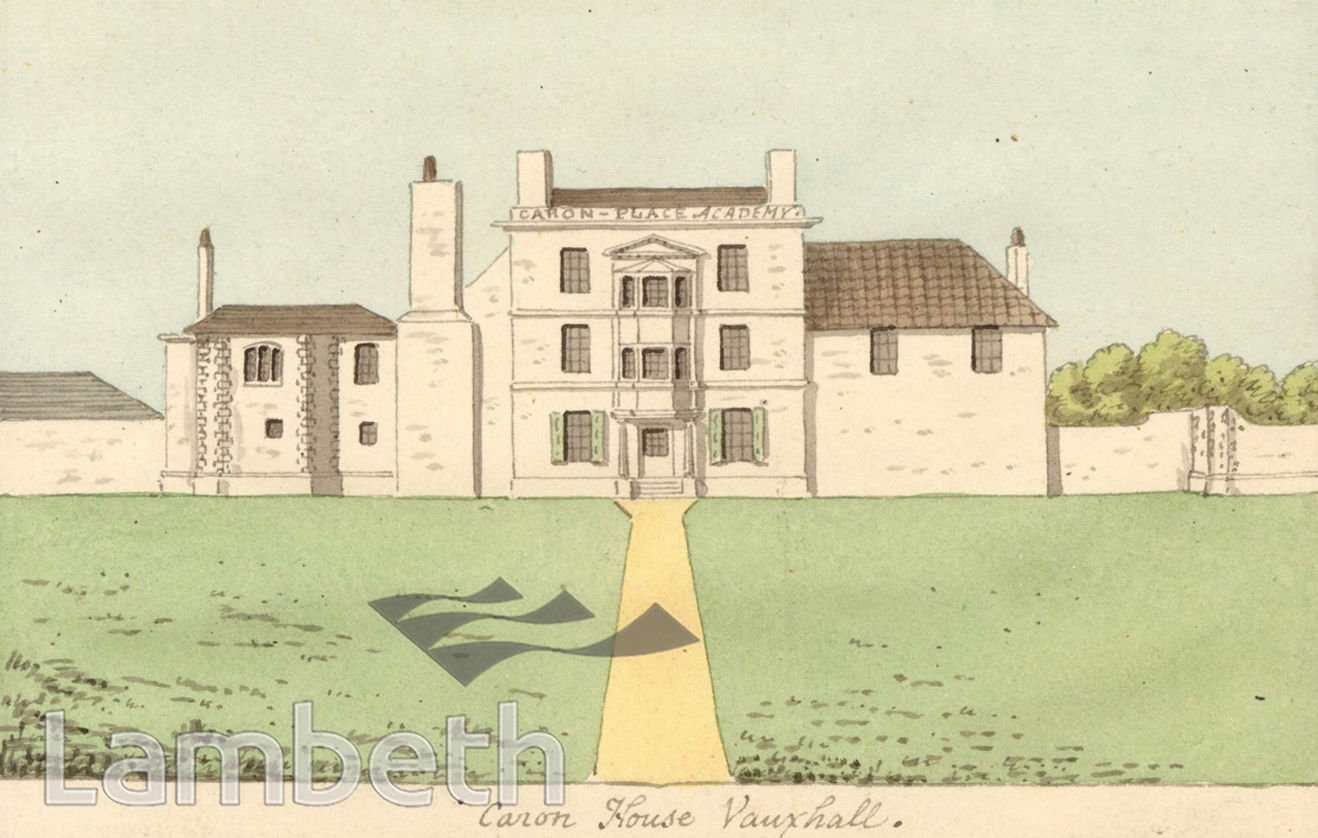 The front elevation of Caron House (or Carroun House), Vauxhall. Sir Noel de Caron was ambassador to London for the 'States General of the United Provinces' (Holland and Flanders) and held most of the freehold land in Vauxhall Manor. He bought 70 acres in 1602 from Thomas Hewytt and, over several years, constructed a large house, which was demolished between 1683-5. The dwelling here was probably erected by Sir Charles Blicke c.1797 and, although it bears Caron's name, it is not certain that it was built on the site of his house, however some earlier structures appear to survive. Caron died in December 1624 and was buried in St Mary's Lambeth.
#-Before 1850  #BUILDINGS / ARCHITECTURE  #CARON- Sir Noel  #HOUSING  #VAUXHALL  #Watercolour Painting
⇐CARON ALMSHOUSE...