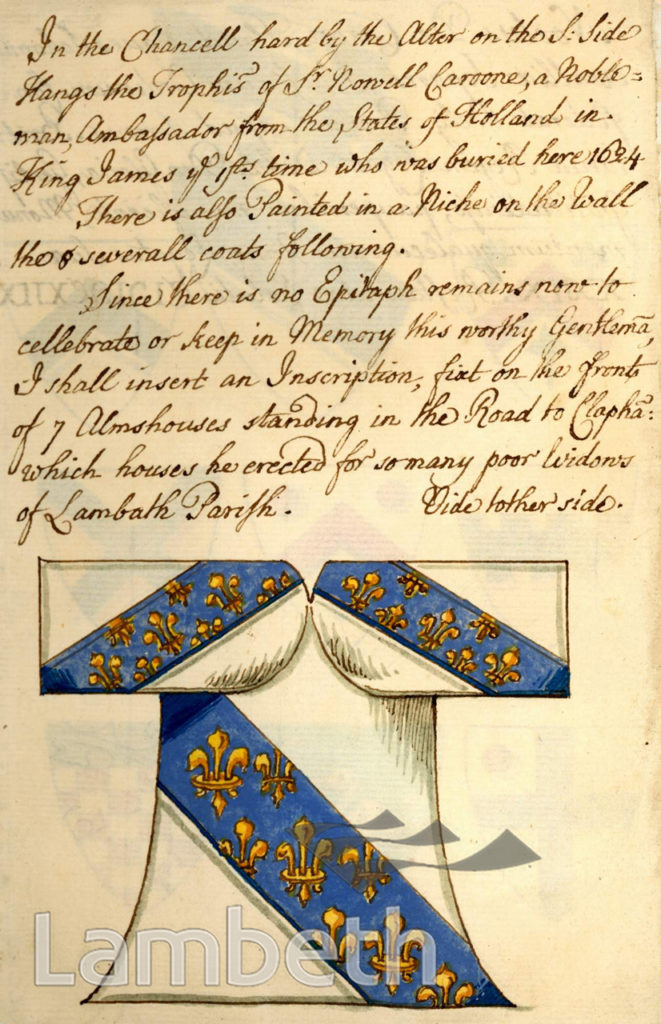 One of the trophies of 'Sir Nowell Caroon, an ambassador from the State of Holland in King James 1st time', that hung in the chancell near the altar at St Mary's Church, Lambeth. Sir Noel Caron held most of the freehold land in Vauxhall Manor, buying 70 acres in 1602 and building Caron House, which was demolished in 1683-5 and later became the site of Beaufoy's vinegar factory and Vauxhall Park. Illustration by Jos. Jones, from a collection of his original watercolour illustrations and notes entitled 'Monumental Inscriptions, Arms & Co: in the Church & Churchyard of St Mary in Lambeth'. An introductory note states that 'These things were gather'd whilst the work was doing at Palace of the Archbishop of Canterbury 1749' and signed G.Jo.Jones. Ref: 12/42