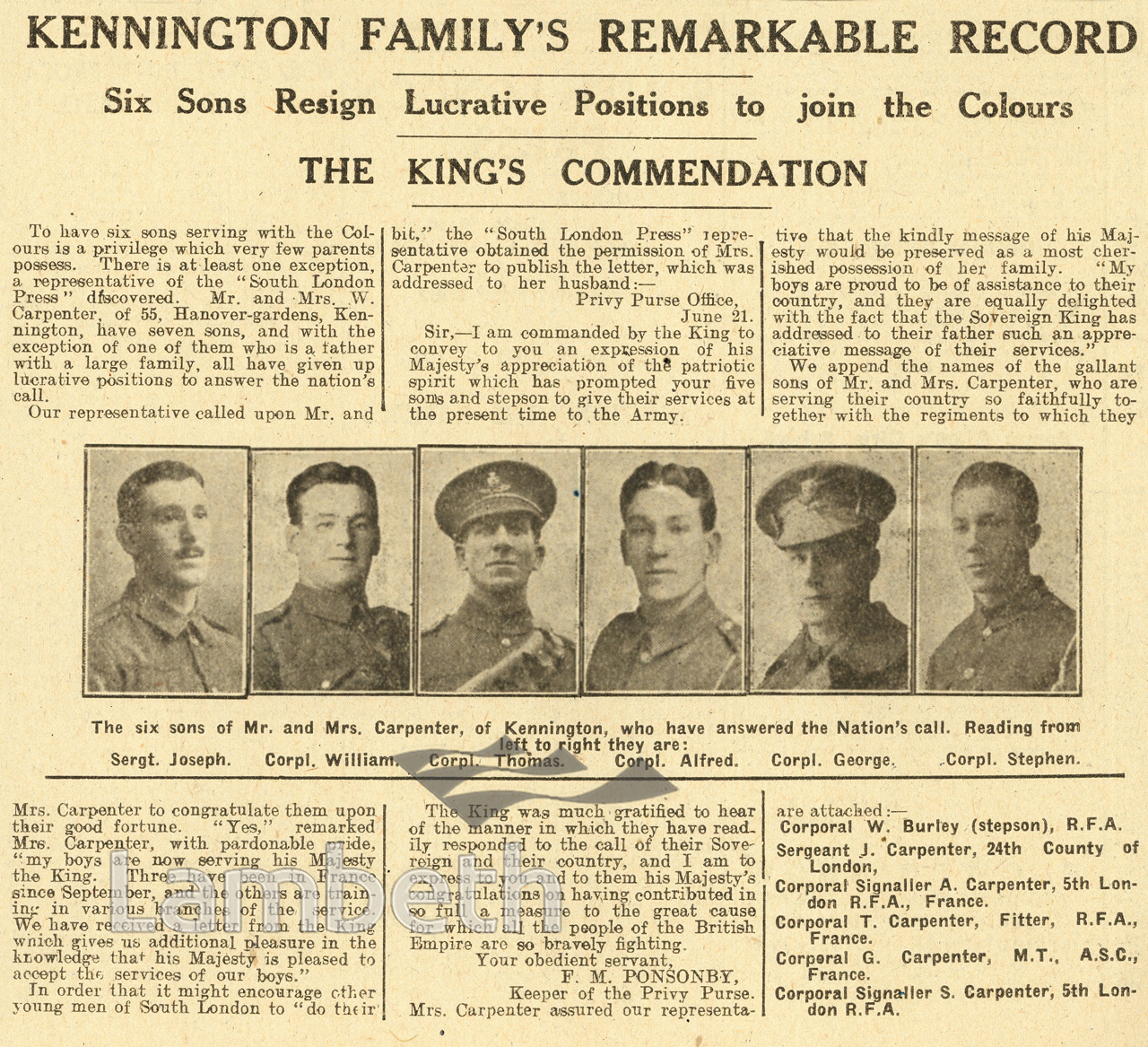 A report of the six Kennington brothers going to war. Mr & Mrs W Carpenter of 55 Hanover Gardens, Kennington, received a letter of commendation from the King in appreciation of the 'patriotic spirit' shown by the family - Joseph, William, Thomas, Alfred, George and Stephen Carpenter. The letter was published by the South London Press in order to encourage other young men to 'do their bit'. From the South London Press, dated 2nd July 1915 page 5.
#1901 - 1925  #KENNINGTON  #Print  #WAR AND ARMED FORCES
⇐WILLIAM ETCHES,...