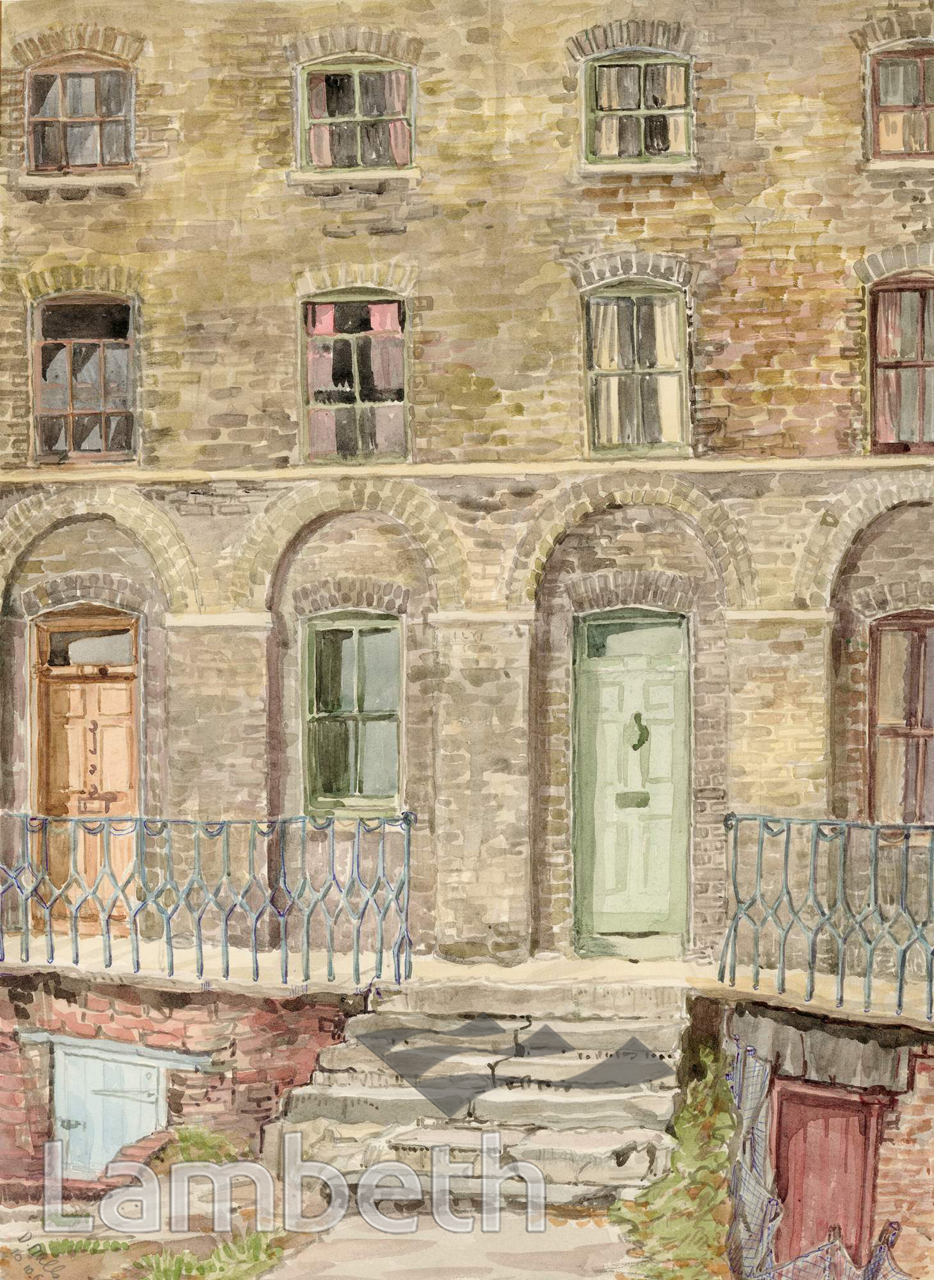 No.3 Pownall Terrace, Kennington Road, a former home of Charlie Chaplin described by him as a 'small garret in a row of old derelict houses'. The top two windows were where he lived with his mother and his half-brother Sydney. He recalled in his autobiography, 'the house was depressing and the air was foul with stale slops and old clothes....[the room] was 12ft square, with a table, an old iron bed and an old armchair upon which brother Sydney slept, a hired sewing machine with which she [his mother] struggled to support us and a hob for cooking'. The terrace of houses was demolished in 1966.Watercolour by D.Mills, dated 10th October 1961
#1951 - 1975  #CHAPLIN- Sir Charlie  #HOUSING  #KENNINGTON  #People  #Watercolour Painting
⇐WALNUT TREE WAL...