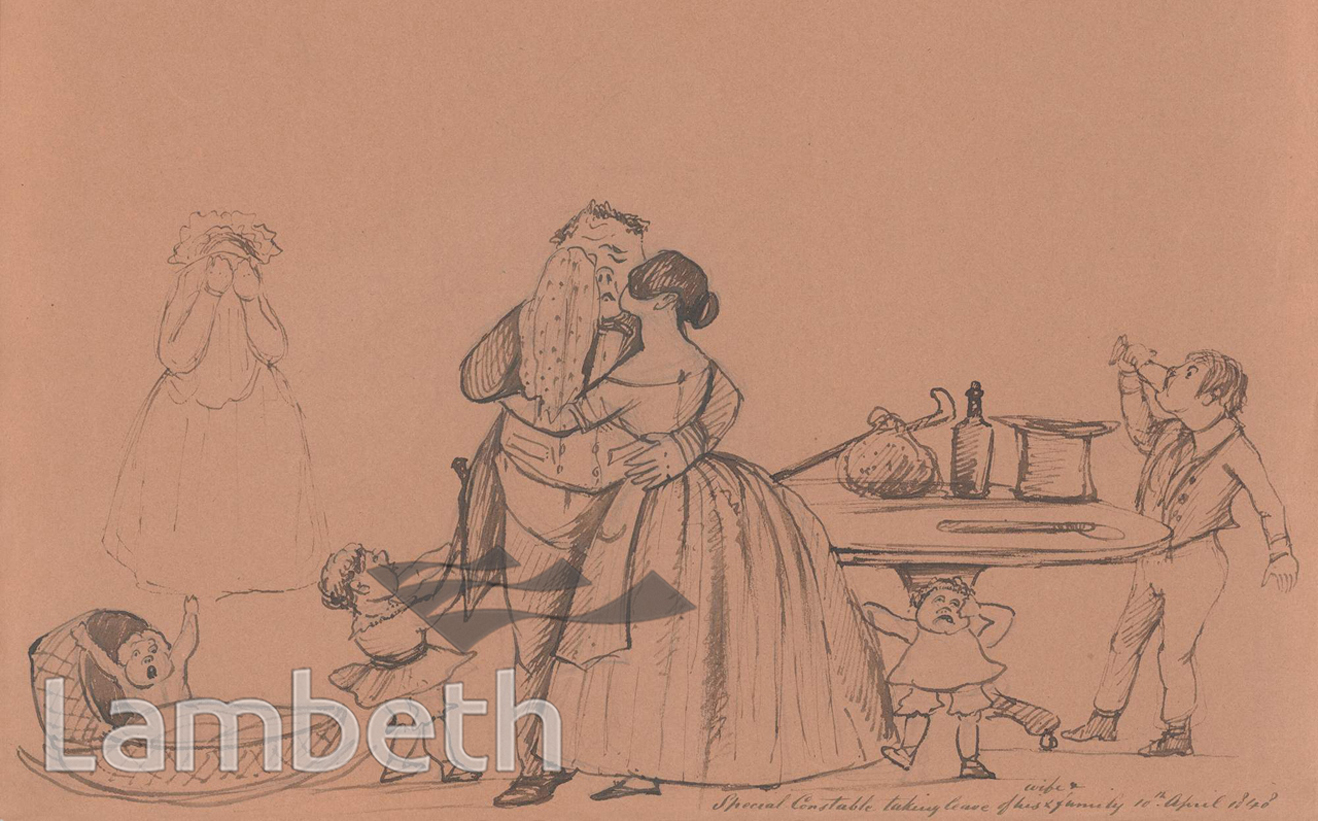 An anonymous pen and ink drawing annotated, 'Special Constable taking leave of his wife & family, 10th April 1848'. Contemporary accounts reported, 'The long-expected "monster meeting" of the Chartists on Kennington Common, and their procession with a petition to the Legislature in favour of "the People's Charter", took place on Monday last….The demonstration was in every respect a failure, when measured by the standard of the vauntings and grandiloquent sayings of the delegates at the Convention during the proceeding week. As the speeches of those gentlemen had led the public to anticipate some serious disturbances of the peace of the metropolis'. An estimated 23-25,000 people from across Britain and Ireland attended, led by a horse-drawn carriage carrying five bales of petition. Speeches demanded the Government recognise the rights of the working classes and universal sufferage for all.