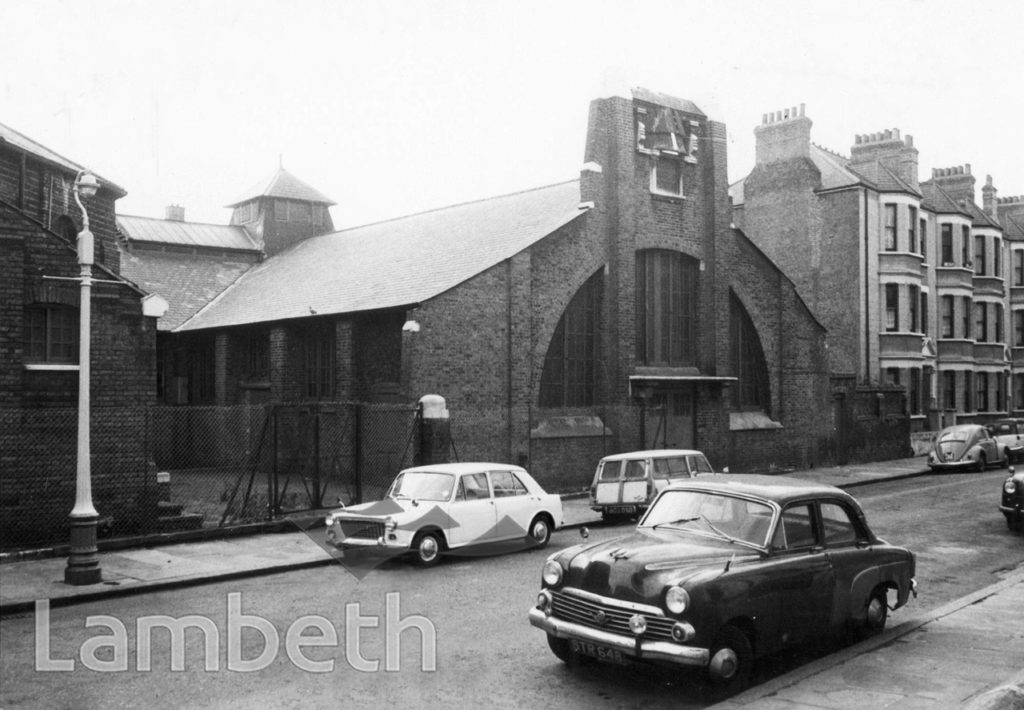 An Edwardian church hall in Mowll Street was built from 1897 to the design of Arthur Beresford Pite (1861-1934) with a large Diocletian window on the entrance facade. It was initially used as a temporary place of worship while the adjacent Christ Church was being rebuilt. Originally called Chapel Street, the current street name is associated with Rev. W.R. Mowll, the vicar from 1891.Ref: LBL/DTP/UD/2/1/13/99