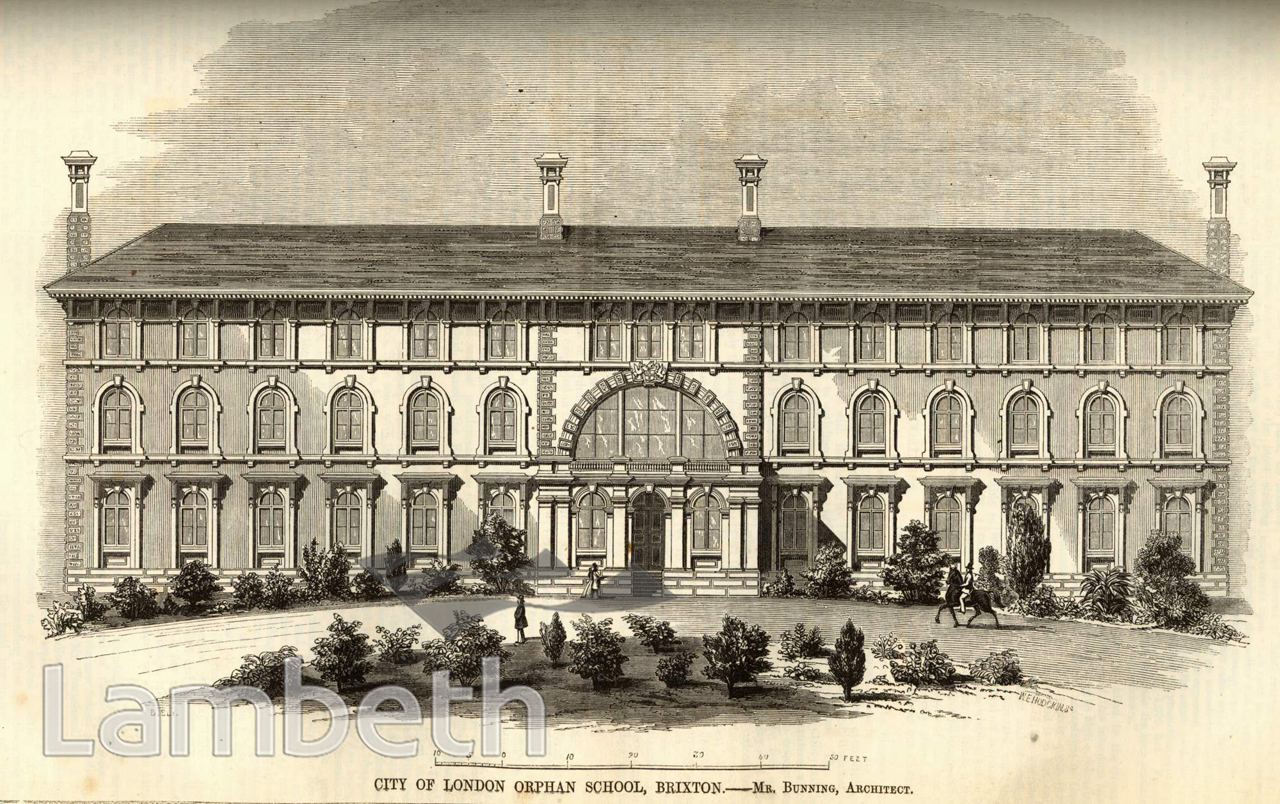 Elevation of the City of London Freemen's Orphan School, Brixton. The school was opened in 1854 to accommodate about 100 girls and boys. It was built by Messrs Piper to the designs of Mr J.B.Bunning at a cost of Â£20,000. The building was enlarged in 1863, but relocated to Ashtead Park in Surrey in 1924 and these buildings demolished. Ferndale Court was built on the site originally to house members of the City of London Police Force.Engraving by W. E. Hodgkin for The Builder, Vol.12, published in 1954.
#1850 - 1875  #BRIXTON CENTRAL  #BUILDINGS / ARCHITECTURE  #EDUCATION  #Engraving  #WELFARE AND SOCIAL INSTITUTIONS
⇐STAFF AT ST MAR...