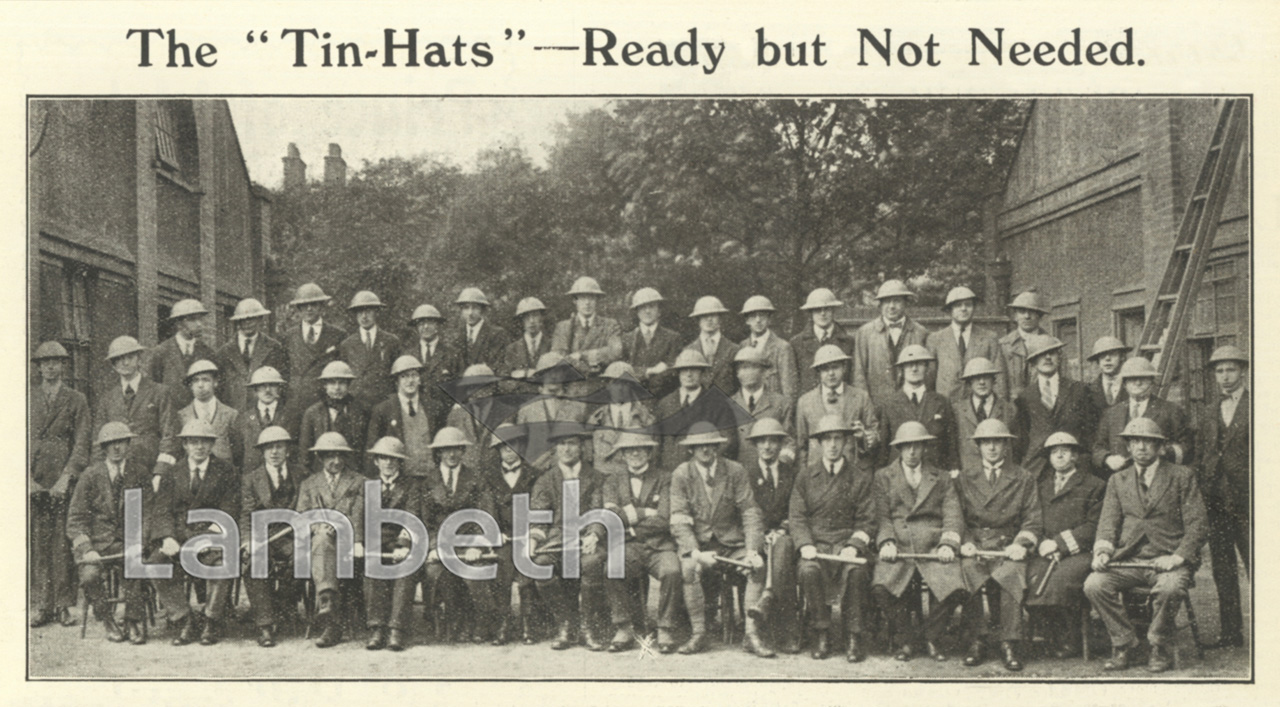 The Civil Constabulary Reserve or the 'Tin Hats', mostly ex-servicemen who during the General Strike were based at the Drill Hall of the 63rd Brigade R.A.T in Holland Road, Brixton North. 924 men responded to the call for ex-servicemen to assist during the strike. From Brixton Illustrated Press, dated May 1926.
#1901 - 1925  #BRIXTON NORTH  #Print  #WAR AND ARMED FORCES
⇐SADIE FALLOWES ...