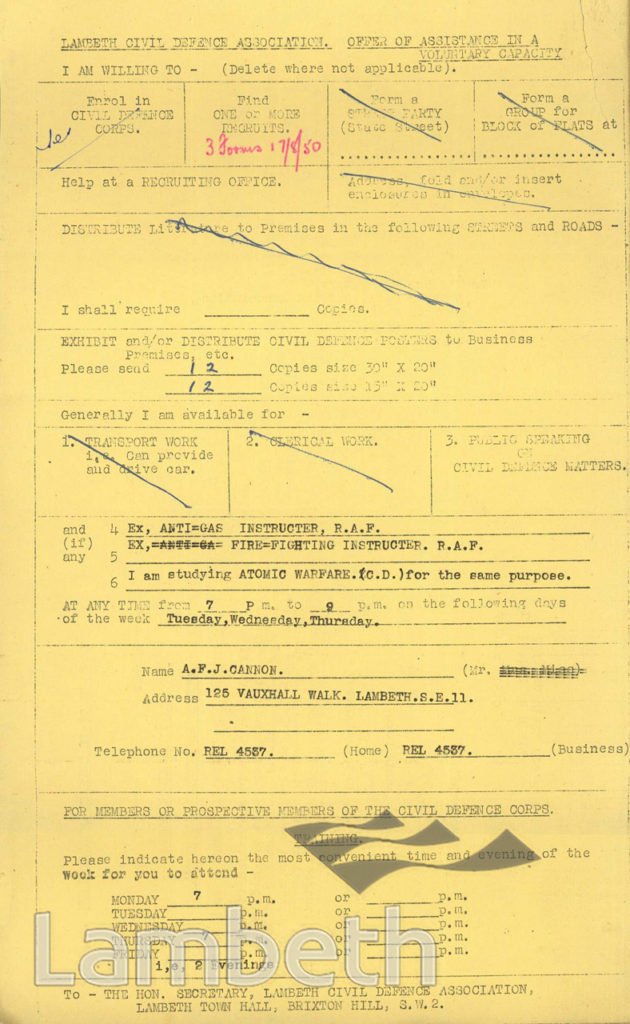 Application form from Mr A.F.J. Cannon of 125 Vauxhall Walk, offering assistance in a voluntary capacity to the Lambeth Civil Defence Association. The form was returned to Captain Stacey, the Hon. Secretary based at the Town Hall and lists possible roles; to enrol in the Civil Defence Corps, find one of more recruits, form a street party, form a group for block of flats atâ€¦.., help at Recruiting Office, address, fold and/ or insert enclosures in envelopes, distribute literature to premises in the following street and roads, and exhibit and/ or distribute Civil Defence Posters. The form also asks if the volunteer is generally available for; Transport work, i.e. I can provide a car, clerical work or public speaking on Civil Defence matters. Mr Cannon notified that he was a former Anti-Gas Instructor and Fire-Fighting Instructor with the R.A.F., was studying Atomic Warfare (C.D.) and was available at any time 7pm to 9pm Tuesday, Wednesday, Thursday.Ref: 2010/4 1/2