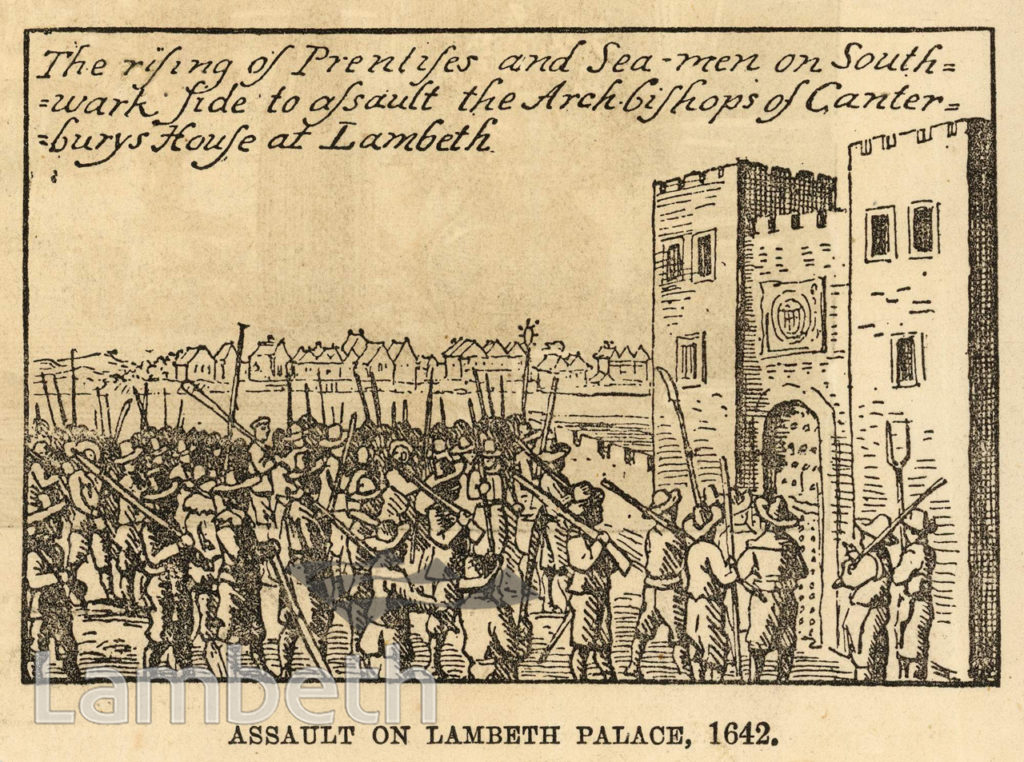 An assault on Lambeth Palace during the Civil War, titled 'The rising of the Prentises and Sea-men on Southwark side to assault the Archbishop of Canterburys House at Lambeth.'From the Illustrated London News, 8th February 1879Ref: Surrey-ana Vol.20 p.100