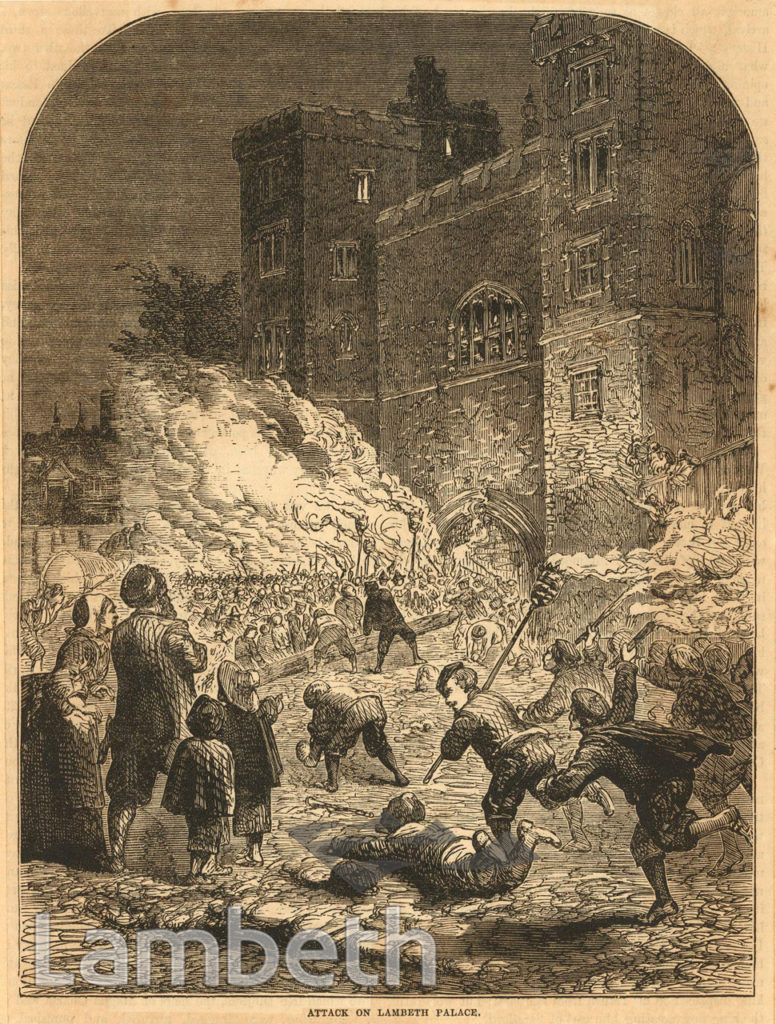 An attack on Lambeth Palace in the English Civil War during the reign of Charles I. The palace 'was taken possession by Col. Scott who, Puritan as he was, is said to have converted the Chapel into a dancing room'. Archbishop Laud was subsequently executed in 1642 by Cromwell's Parliamentarians. From unknown publication, c.1850Ref: Surrey-ana Vol.18