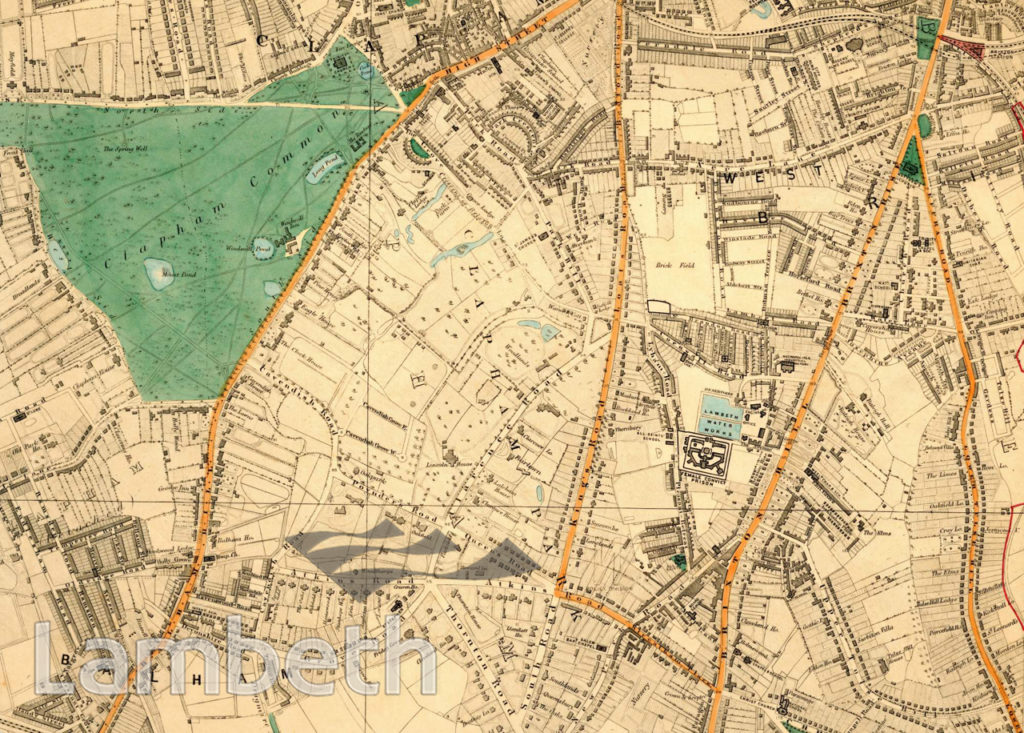 Clapham Common and Clapham Park, showing the Common on the west side. Most notable is Thomas Cubitt's Clapham Park estate, Cubitt had bought 229 acres of the Bleak Hall Farm in 1825 and had built new roads and marked out plots for large new houses. The venture was not an immediate success but by 1877, the area was one of the most important suburbs of South London. The large building marked Lincoln House was Cubitt's own family house from 1832 until 1850. Brixton Hill (road) is seen to the right of the map, along with Clapham Road it was an important Roman route into London. Brixton Prison is prominently marked at the time when it was a women's prison. Closer to the centre of Brixton is St Matthew's Church 1824, one of the four 'Waterloo' Churches built it was said, (mistakenly) to commemorate the battle victory. Just right of centre of the map the last brick field in the area can be seen. Extracts from Stanford's maps of London, 1877.Ref: Sheet 18/M464