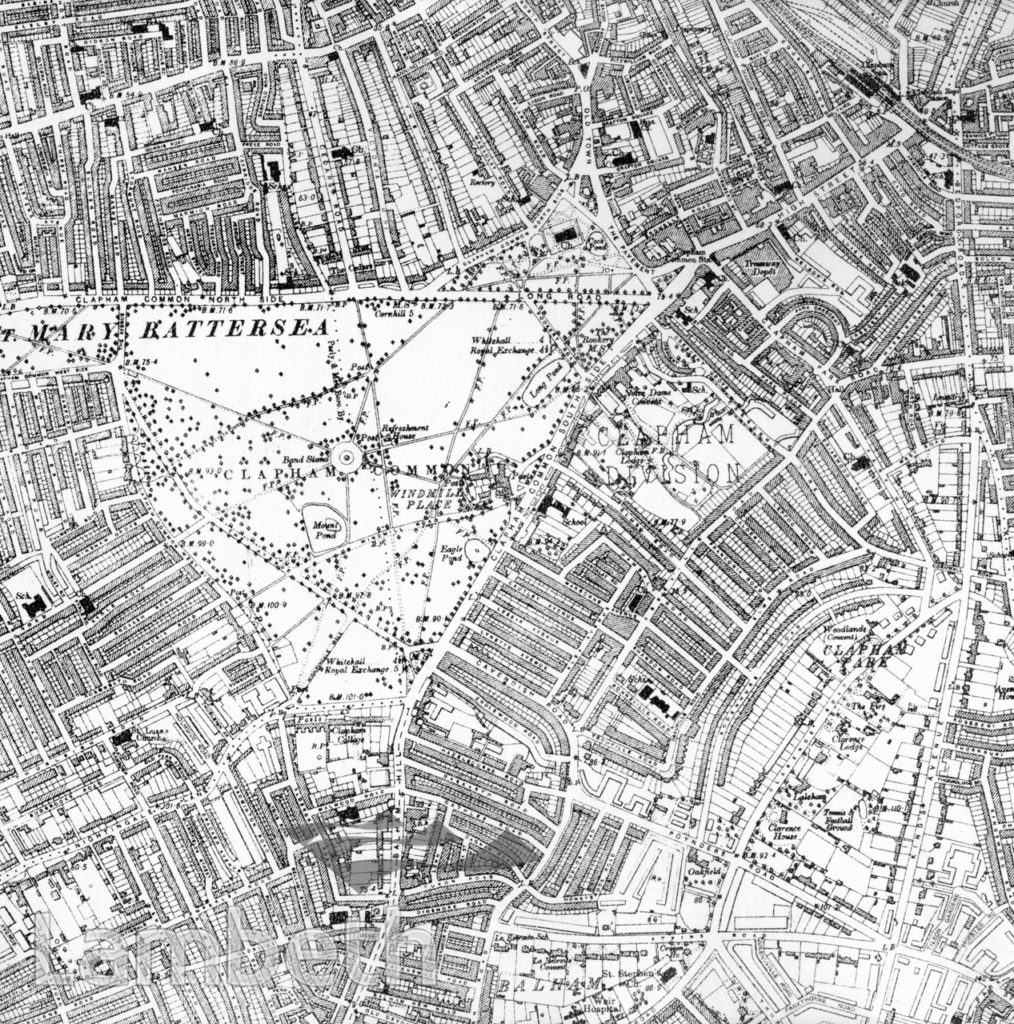 Map of Clapham, shown here almost fully populated, with ribbon development along most of the roads, reflecting a mixture of terraced and semi-detached housing. Very few large detached villas remain. The area is mainly residential, with shops lining the High Street north-east of the common. The Clapham Park estate built by the renowned builder developer Thomas Cubitt is centred around Clarence Road and King's Avenue. Post war flats were to replace many of his typical semi-detached houses, before the trend in the late 20th century to retain and renovate desirable Victorian properties was to save the few that remained. Ordnance Survey Map 1920, N.IX Series2Ref: OS 1920 NM7/15