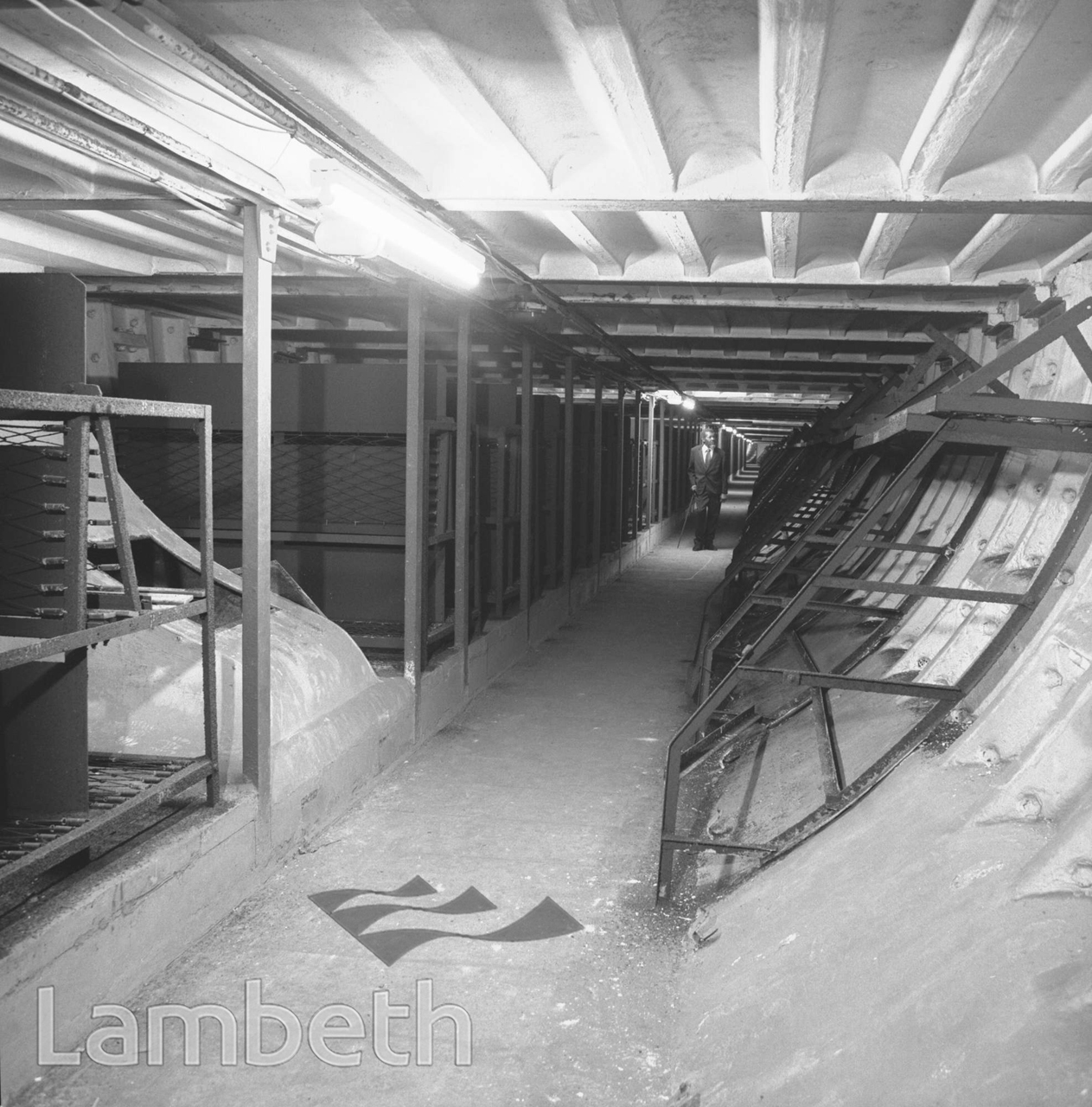 Baron Baker in Clapham Deep Shelter, Clapham Common. The shelter was built beneath the Northern Line under Clapham Common and opened in July 1944 with sixteen shelters designed to accommodate 8,000 people during air raids. This complex is the best preserved of the eight London deep level shelters and was used in 1948, at the suggestion of Baker, as temporary accommodation for West Indian immigrants arriving on the SS Windrush and other vessels. It also provided accommodation during the Festival of Britain.From a series of Public Relations Photographs and Negatives
#1976 to date  #CLAPHAM  #Negative  #People  #Public Relations Photographs  #WAR AND ARMED FORCES
⇐WEST NORWOOD LI...