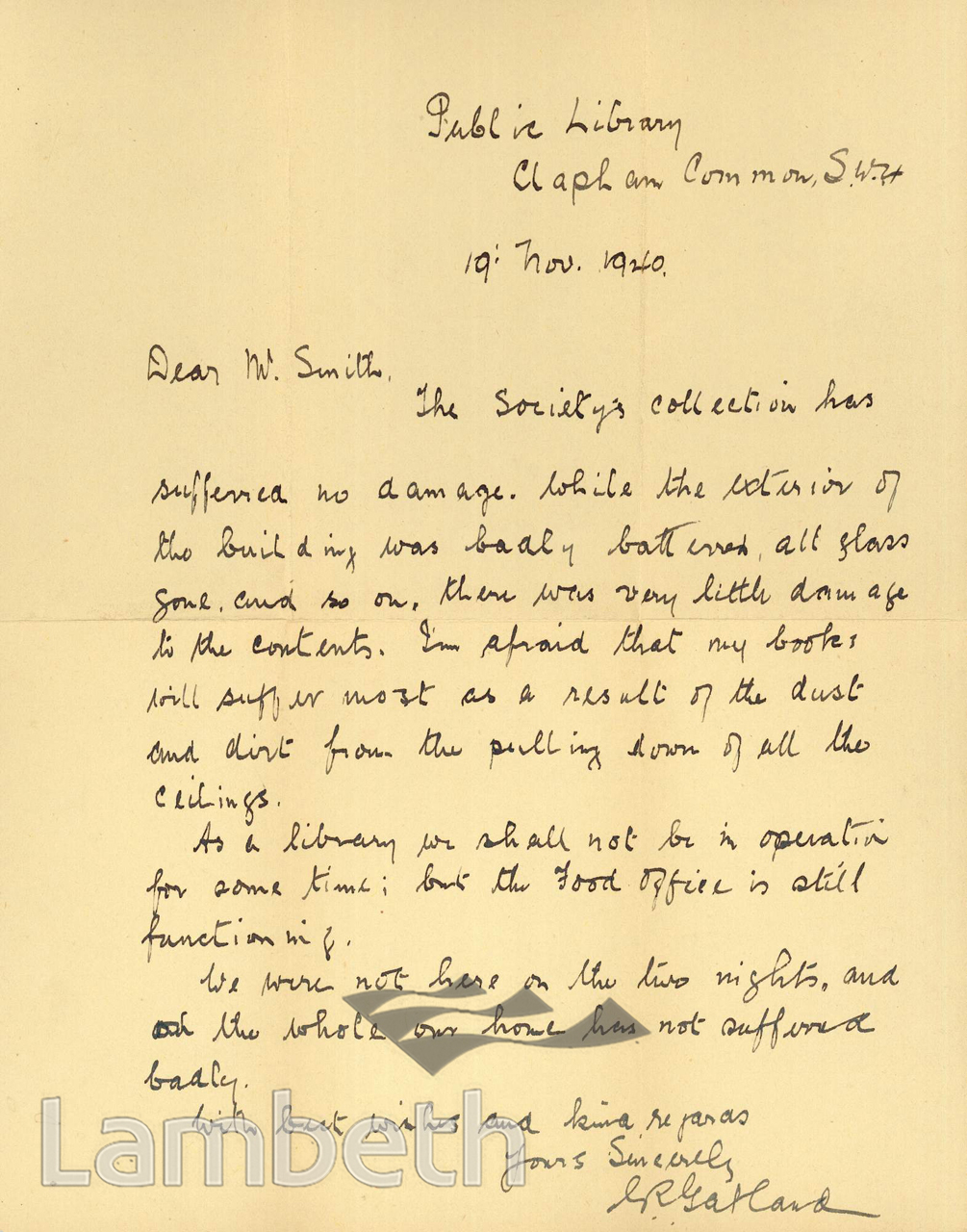 A letter to Mr E.E.Smith in Harrow from C.R.Gatland regarding bomb damage to Clapham Library during World War II. The letter dated 19th November 1940, refers to concerns over the Clapham Antiquarian Society's collection in the library. Mr Gatland states the exterior of the building was 'badly battered, all glass gone and so on. There was very little damage to the contents....As a library we shall not be in operation for some time; but the Food Office is still functioning'.
#1926 - 1950  #CLAPHAM  #Cuttings Files  #Document  #LIBRARIES  #WAR AND ARMED FORCES
⇐CONSCIENTIOUS O...