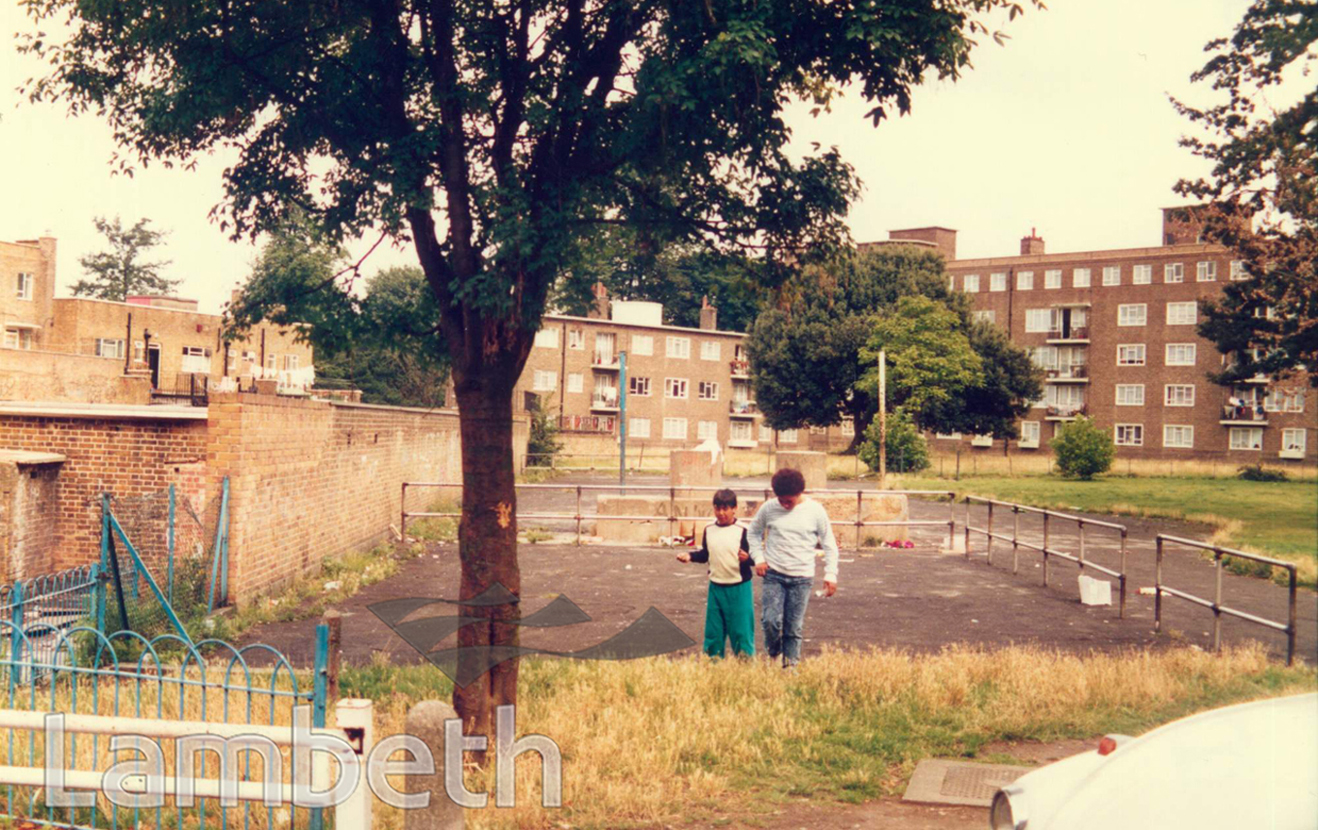 Children playing on an open space, part of landscaping around the Clapham Park Estate. Catherine, a former Clapham Park resident, has responded to this photograph: 'I lived locally at the time, and I know these two small children! I played with them growing up. The boy with the green tracksuit bottoms was called Gaston and the much bigger kid was a girl called Lisa. I know it is him, as once we were playing Rounders (with a cricket bat) and he was batting. I was stood behind him and he swung the bat to hit the tennis ball and with it bust open my lip. These times were golden to me; being with friends. Being outside. I was neglected as a child by my parents and found myself being partially raised by my nan. I had an aunt who lived nearby, who knew of my neglect. She also helped in caring for me growing up. But the point I wish to highlight, is that the times I was outside (which was 95% of the time, because going home wasn't much fun) was the highlight of my childhood. The two faces here…have brought tears to my eyes. Seeing them, made me happy. I now have daughters and sons of my own. I am a qualified surgical nurse, teacher, interpreter, photographer of sorts and an artist who loves to draw, paint and sculpt. Who's to say that humble and sad beginnings cannot flourish into something more deep and meaningful in later years? I am testament to that, the kids in this photograph helped shape who I am today. They are more than faces frozen in time. Their faces and the histories that come with them, are imprinted into our DNA.'
#1976 to date  #CLAPHAM PARK  #Department of Town Planning  #HOUSING  #OPEN SPACES  #Photograph
⇐ROBERTSON STREE...