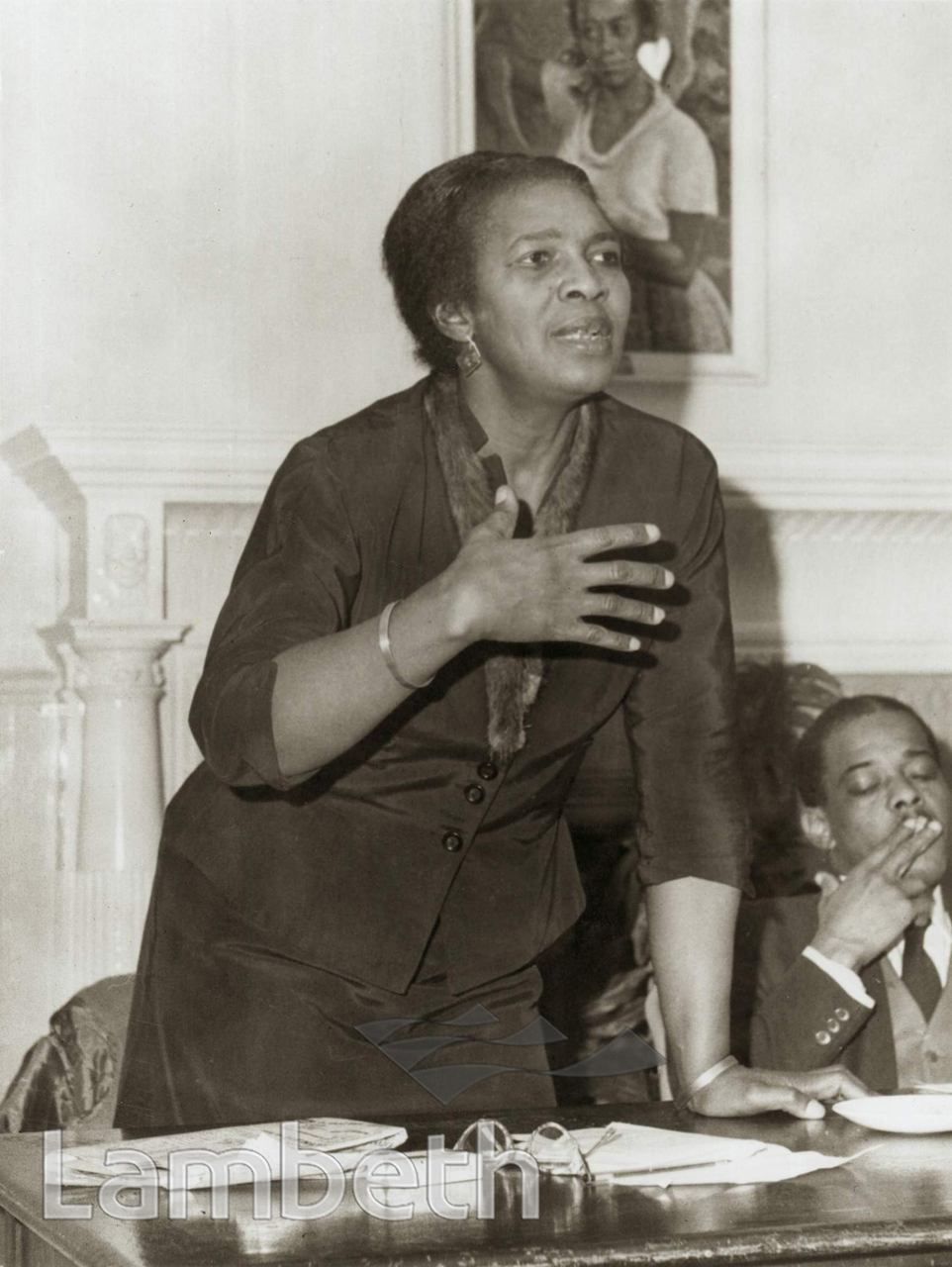 Claudia Jones (1914 -1964) speaking at an unknown location. She was deported from the US to Britain following the McCarthy trials for her stance against racism and work as a Black activist and communist. She founded the West Indian Gazette in Brixton in 1958, which served to make the fast growing population of British West-Indians and Afro-Asian peoples more politically and socially aware.
#1951 - 1975  #JONES- Claudia  #People  #Photograph
⇐WORLD WAR I: FI...