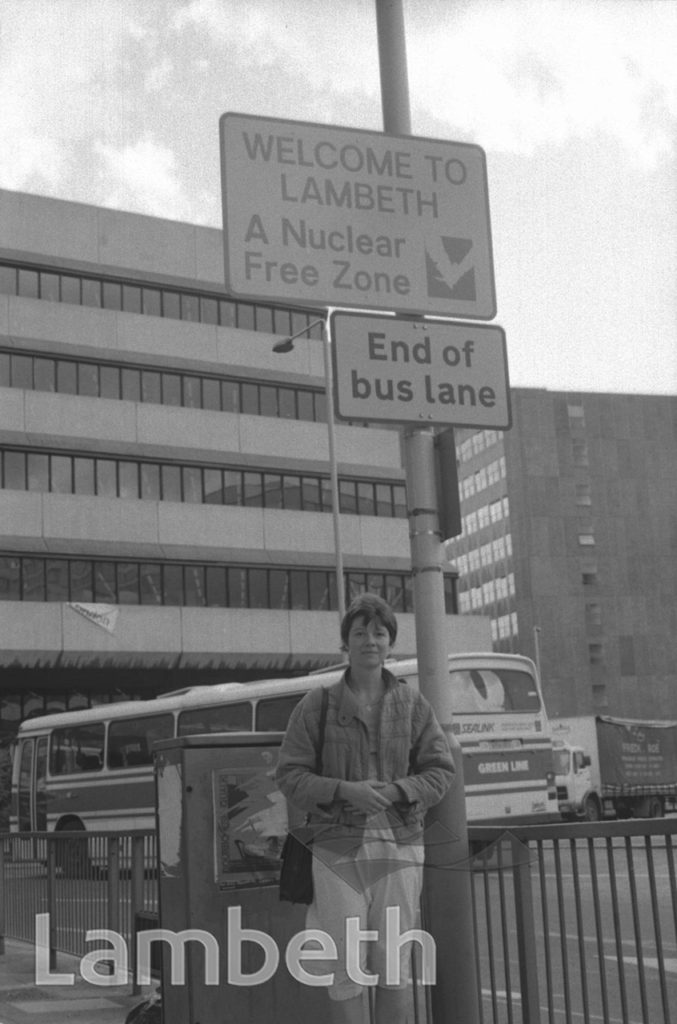 Lambeth councillor Joan Walley beneath a 'Welcome to Lambeth, A Nuclear Free Zone' sign at the eastern side of Westminster Bridge. Ms Walley became the Labour MP for Stoke-on-Trent in 1987 and held the seat until 2015.From a series of Public Relations Photographs and Negatives, dated September 1985.Ref: 2005/1/4 PR Photos