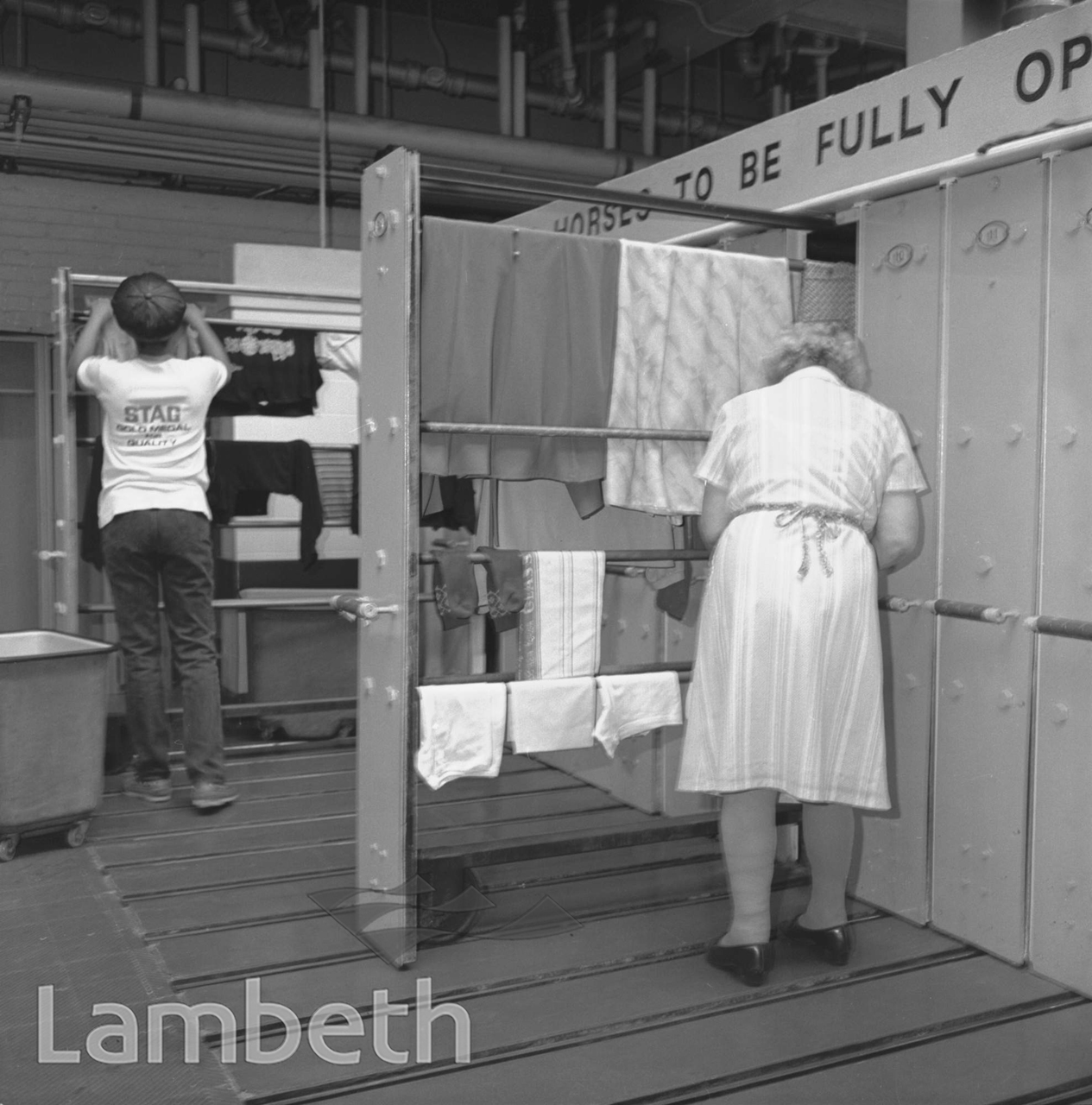 A clothes-horse being loaded by an attendant at Lambeth Baths in Lambeth Walk. In the last half of the 20th century the continuing modernisation of homes with washing facilities for people and laundry, led to the demise of most council-run baths and wash-houses. Lambeth Baths were converted into a GP's practice in the 1990s.From a series of Public Relations Photographs recording the Baths before their closure.
#1976 to date  #HEALTH  #LAMBETH  #LOCAL GOVERNMENT  #Negative  #People  #Public Relations Photographs
⇐WASHING MACHINE... 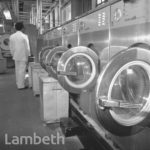