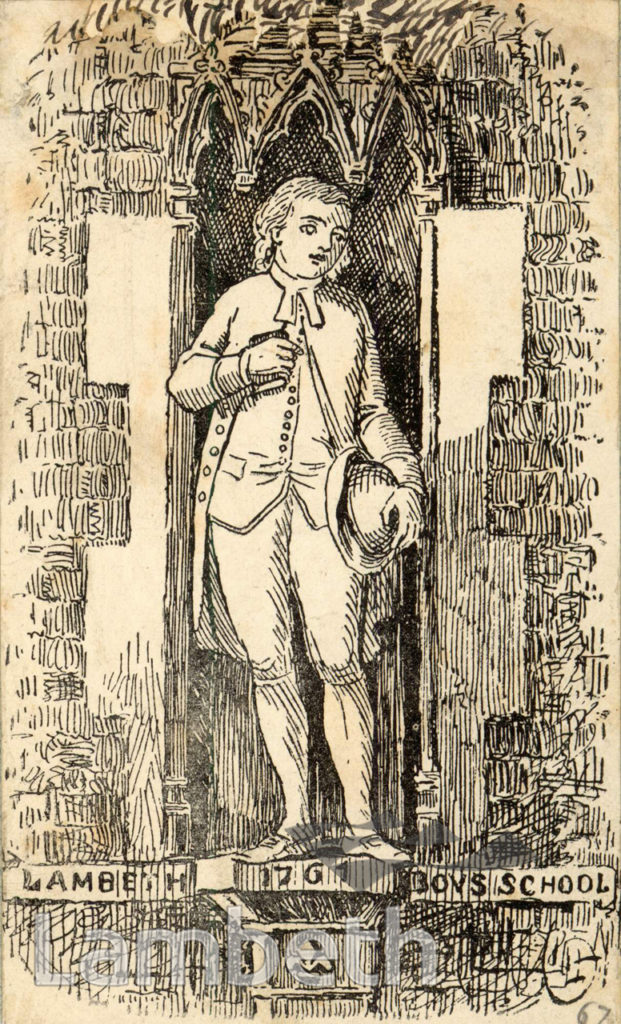 The Coade Stone 'Charity Boy' commissioned from Eleanour Coade in 1785 and placed over the entrance to the Boys' Charity School in Lambeth Green (now Hercules Road) - seen here on the later Victorian school building off Lambeth Road. A Coade stone girl was also purchased for the nearby Female Asylum, but has not yet been found since it was hidden for safekeeping during World War II. This Boy is currently on display at the Garden Museum, as a memorial commemorating the Old Lambethans killed in the two World Wars.Ref: LP12/71/PAR.3