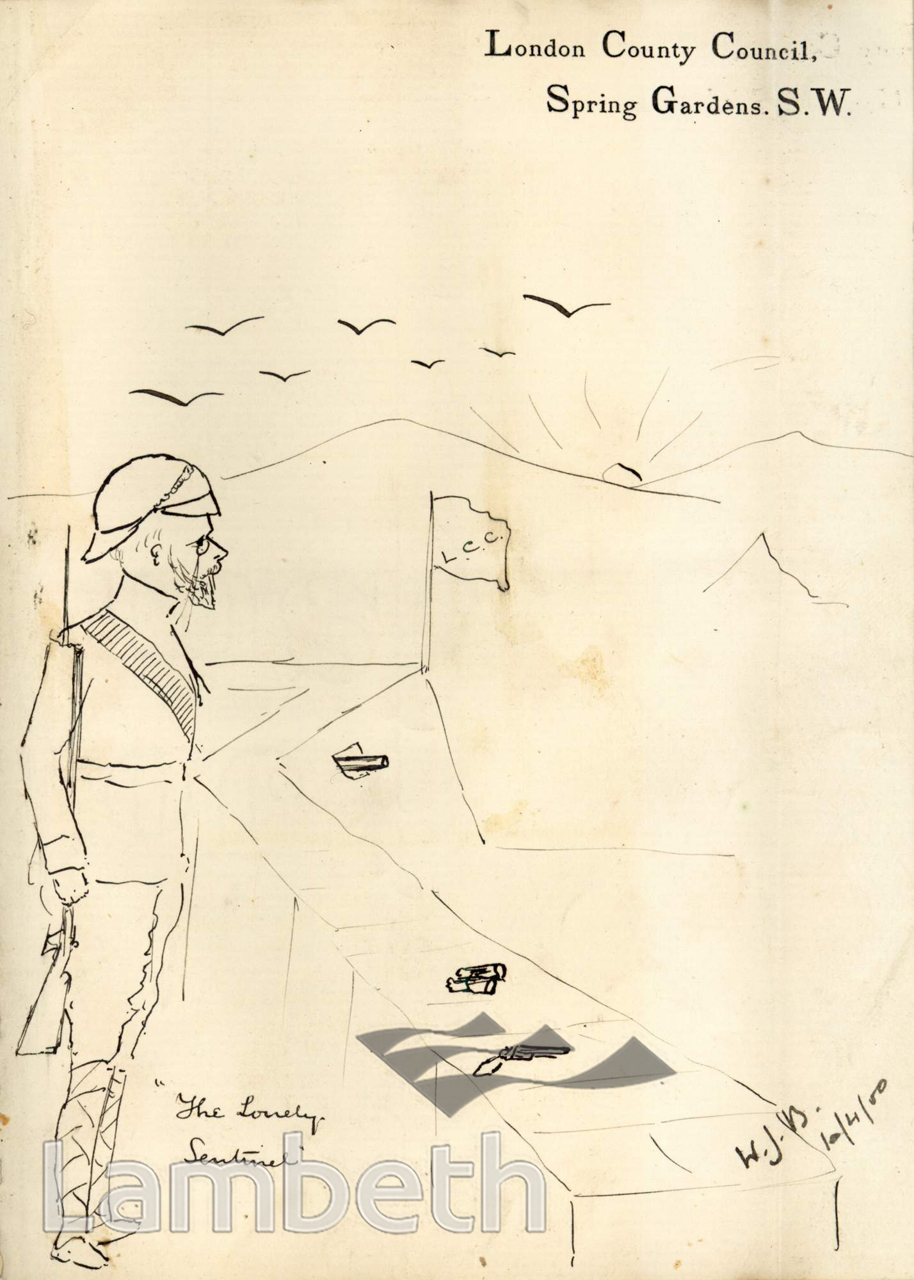 Cartoon by 'WJB' of Colonel Charles Ford, L.C.C., depicting him as 'The Lonely Sentinel' on guard at the London County Council, then at Spring Gardens. In 1898 Col. Ford was selected as the candidate for the North Lambeth Liberal and Radical Association but was defeated in the 1900 General Election by the Conservative candidate, Mr F.W.Horner. He was noted to be 'a fiery little man' and he campaigned for the abolition of the House of Lords and founded the National Reserve.Sketch dated 10th April 1900, from a political scrapbook of the North Lambeth constituency.
#1876 - 1900  #Drawing  #People  #POLITICS
⇐STONHOUSE STREE...