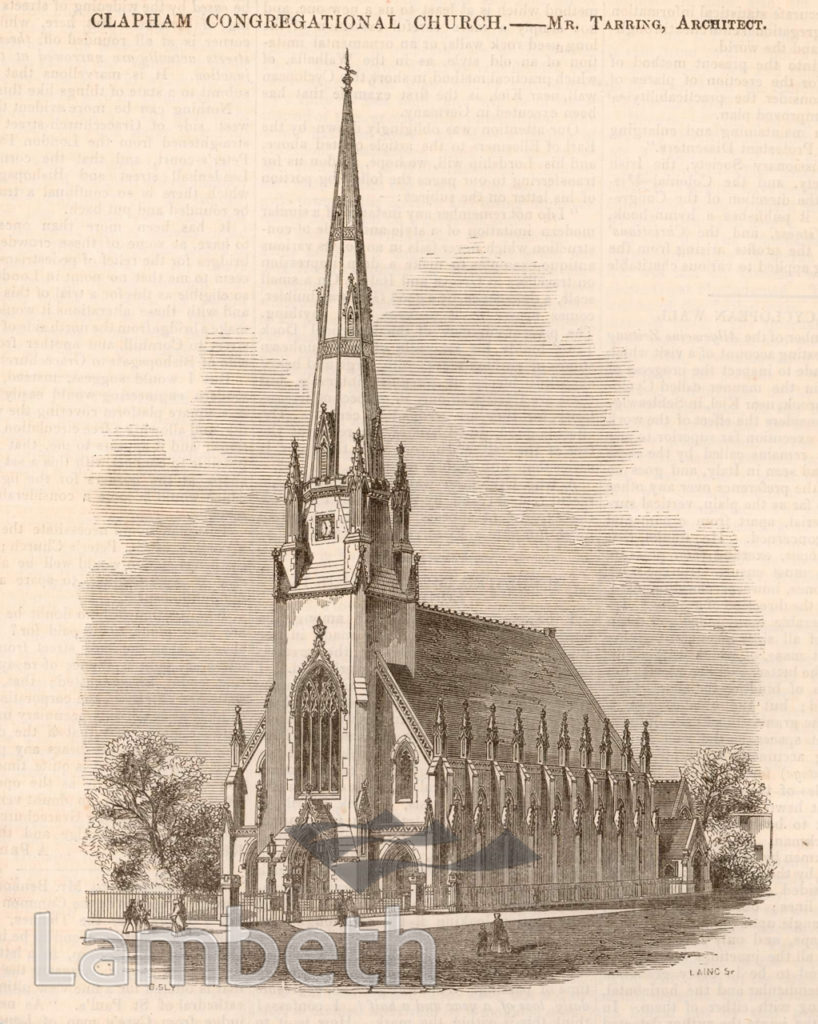 The Congregational Church was built in 1852 at a cost of Â£8,000, to a design by John Tarring, an architect who specialised in non-conformist churches. It was constructed using Kentish Rag and Bath Stone and the spire at 178 feet, was a landmark. There was seating inside for 1,100, but in 1944 it was hit by a flying bomb during World War II, and pulled down ten years later.Ref: From The Builder, Vol.10, p.671, 23rd October 2006.