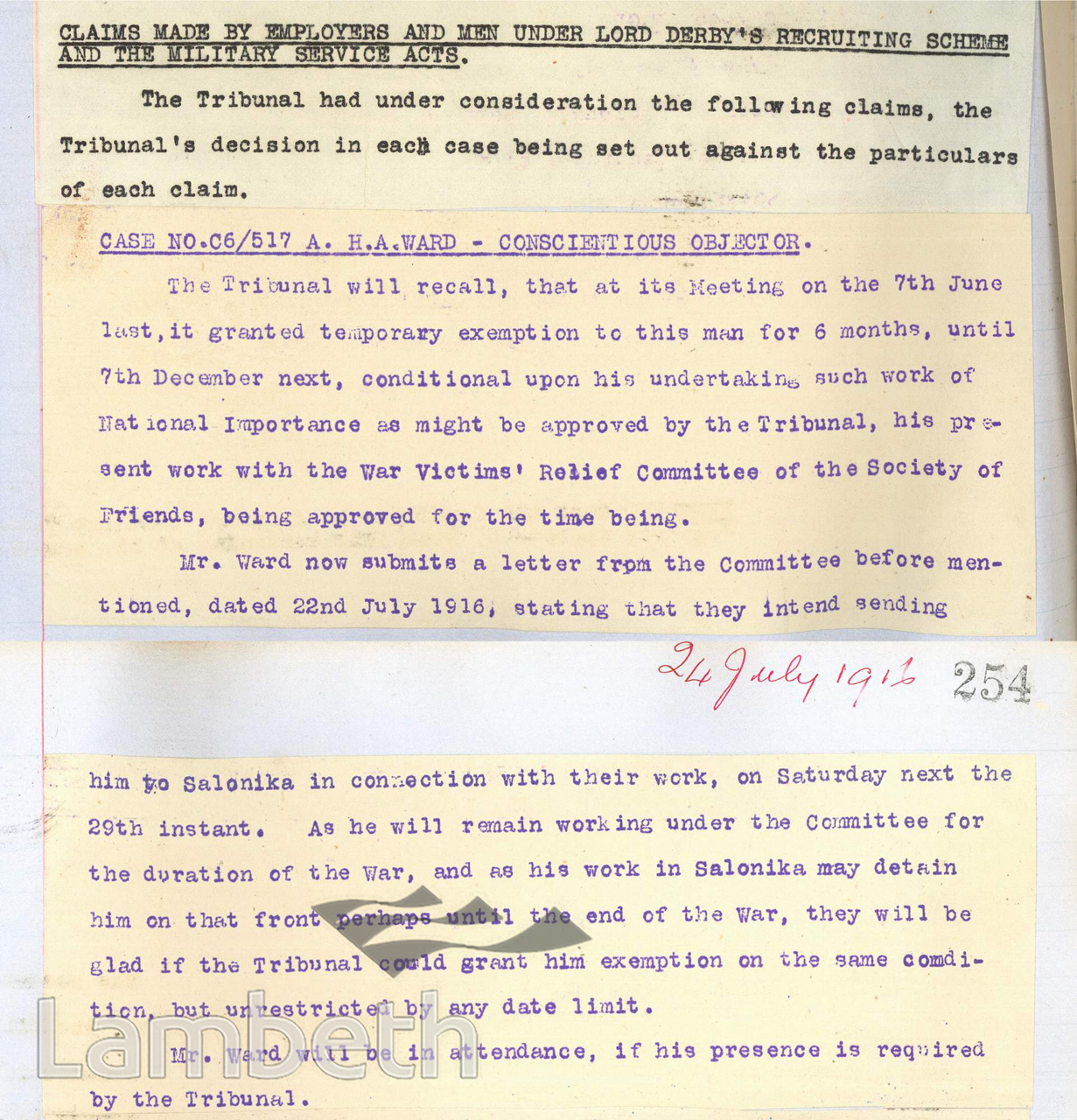 Lambeth Council Tribunal minutes of a meeting chaired by the mayor, to consider claims by employers and men against recruitment into the armed forces during World War I. This detail records the tribunal's considerations of the case made by A.H.A.Ward, a conscientious objector and Quaker. He was granted exemption, conditional upon his undertaking such work of national importance, in his case working for the War Victims' Relief Committee of the Society of Friends. They note that Mr Ward was soon to be posted to Salonica in Greece. Dated 26th July 1916.
#1901 - 1925  #Print  #RELIGION  #WAR AND ARMED FORCES
⇐CHURCH SCHOOLS&...