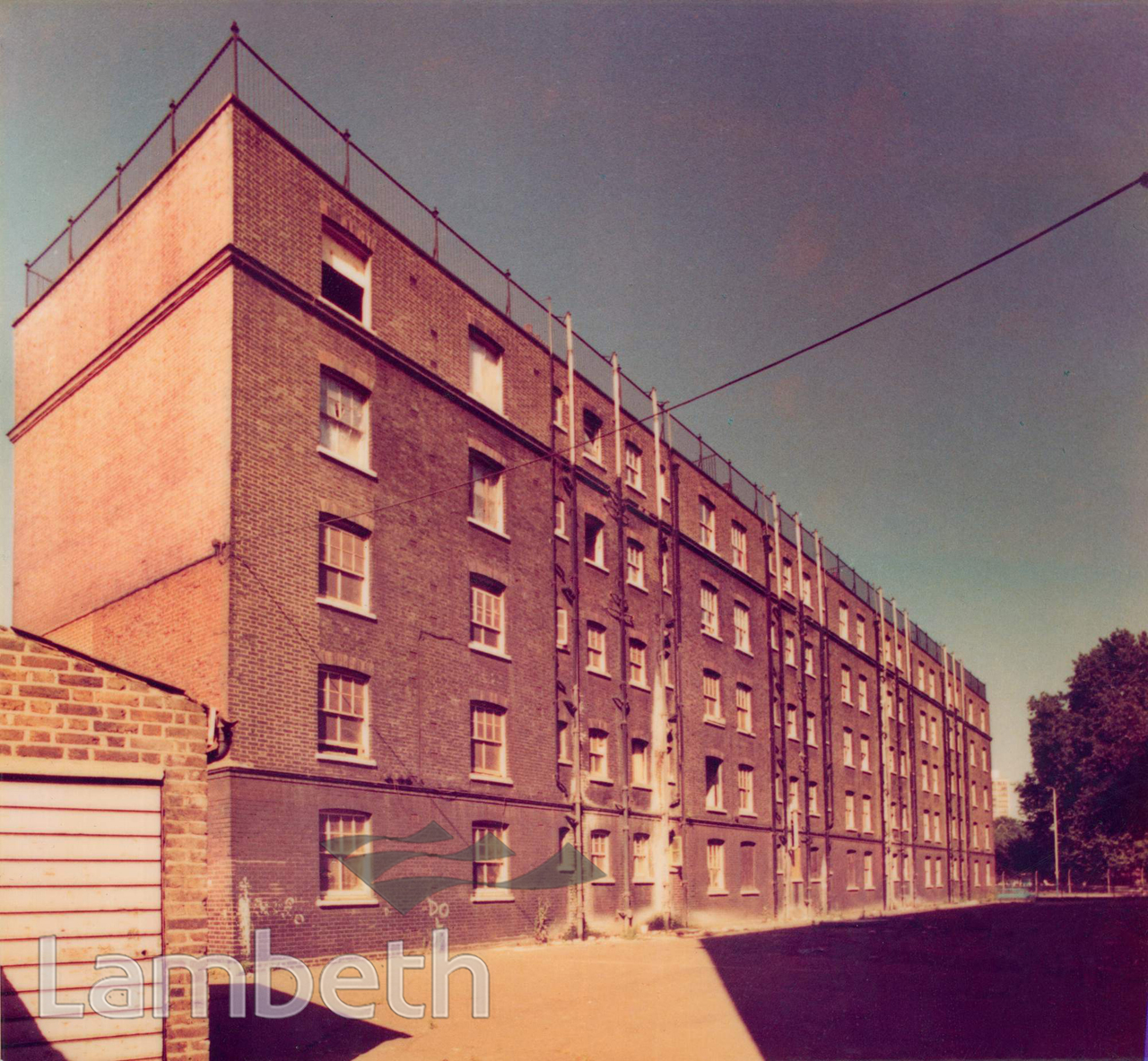 Coronation Buildings in South Lambeth Road, Vauxhall. Image captioned; 'The original tenants of the Coronation Buildings Estate thought it so bad they wanted it demolished. Homeless single people, prepared to put up with the conditions and the nearby multiple railway lines, squatted an empty block in 1980, and formed a Co-op with the plan of renovating the flats. The Council stood by their plan to demolish for an industrial development on the site. Now Coronation Co-op are being rehoused and repairing short-life houses eslewhere in Lambeth'.From 'As Safe...As Houses', an exhibition on short-life housing in Lambeth put together in 1981 by Julian Quan with photographs by Peter Murphy.
#1976 to date  #BUILDINGS / ARCHITECTURE  #Carlton Mansions Archive  #HOUSING  #Photograph  #VAUXHALL
⇐CORONATION BUIL...