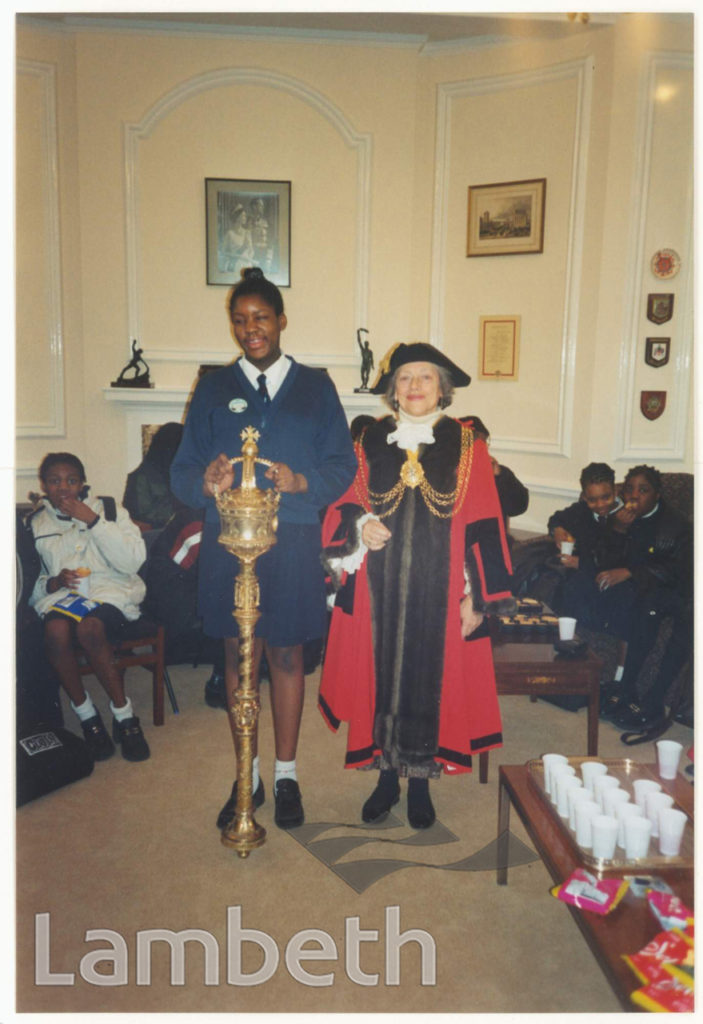 One of the five groups of schoochildren who visited the Mayor at the Town Hall in 1999. They were shown around the Town Hall including the Council Chamber, and were told about the history of the building and a little about the significance of the role of the Mayor, the Lambeth shield, and the Mayoral badge and gold chain. The Mayor, Councillor Daphne Hayes-Mojon is seen standing next to a young student from a local secondary school, who is pleased to be holding the mace, part of the Mayoral regalia.Ref: SPd 3850