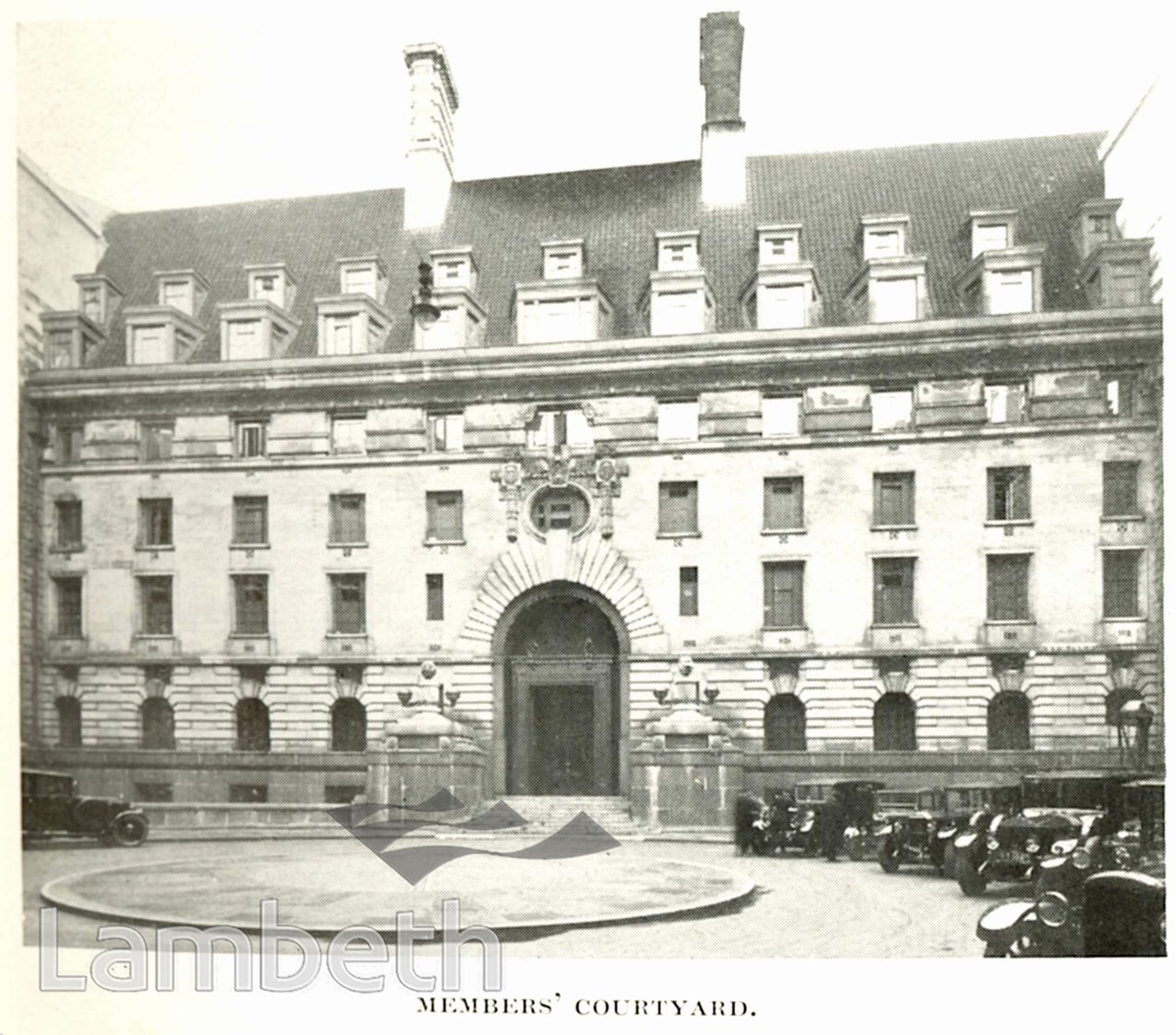 County Hall, the headquarters of London County Council for over sixty years was designed by Ralph Knott and built in phases from 1913. It was opened by King George V and Queen Mary on 17th July 1922. The Greater London County Council was abolished in 1986, and the County Hall now houses two hotels, the London Aquarium, and a permanent exhibition of the works of the artist Salvador Dali. The Member's Courtyard and the circular road which surrounds it was situated over the main record room where the Council's records were stored. Photograph published in the London County Council 'Guide to The County Hall', 1934.
#1926 - 1950  #BUILDINGS / ARCHITECTURE  #LOCAL GOVERNMENT  #Photograph  #Surrey Pamphlets  #WATERLOO
⇐COUNTY HALL, BE...