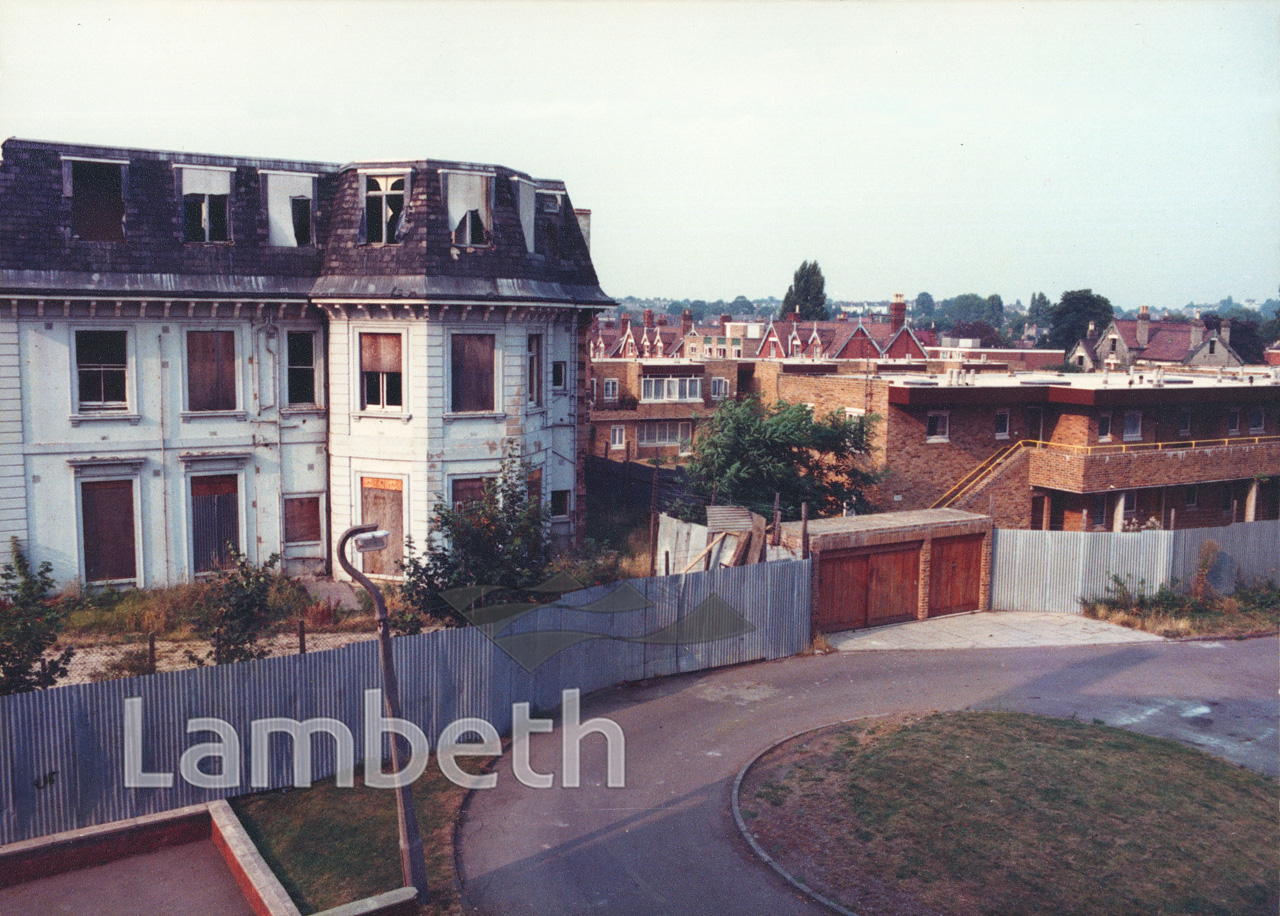 Coventry Hall, shown here prior to demolition, was built during the early 1800s by Viscount Deerhurst and later became the home of the 7th Earl of Coventry. Built on the site of the Howland manor house, the hall and grounds became part St. Andrew's Girls School in 1895. Although later converted into flats, it was demolished in 1982 and replaced by the Albert Carr Gardens Estate.
#1976 to date  #BUILDINGS / ARCHITECTURE  #Photograph  #STREATHAM COMMON
⇐DOULTON FOUNTAI...