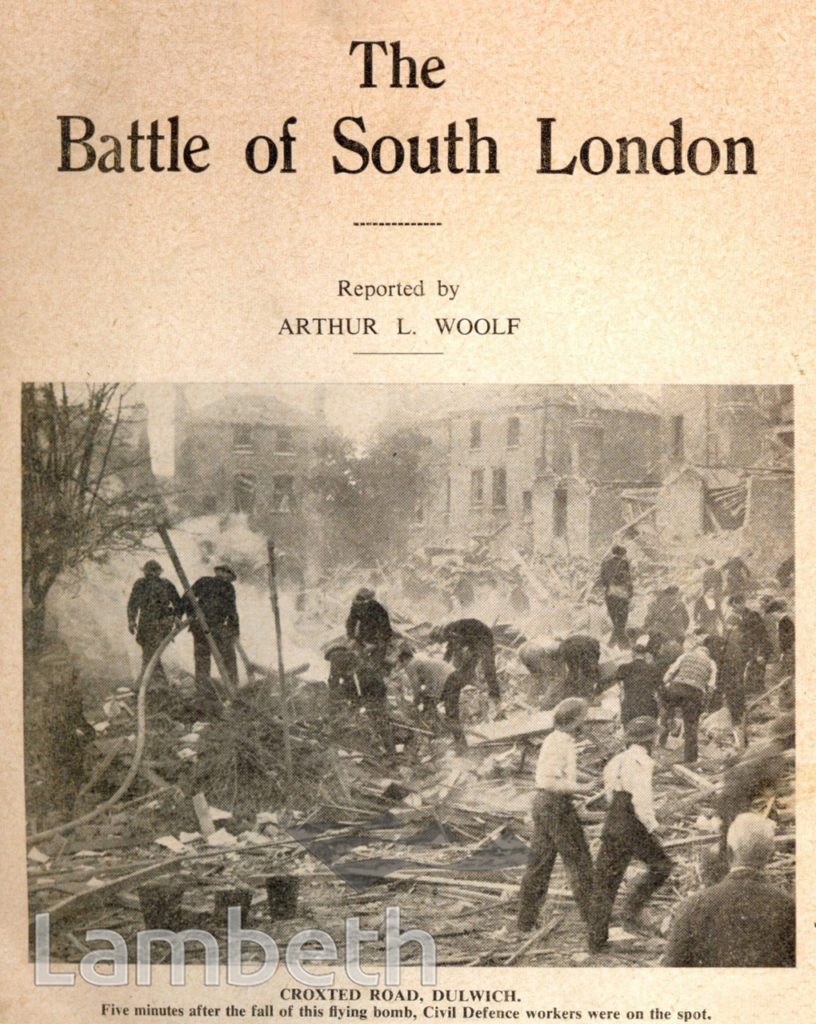 Flying Bomb incident at Croxted Road, south of Brockwell Park. A post war publication stated that 'The South London boroughs were the most badly damaged' in the flying bomb attacks on Southern England in 1944. From a report entitled ' The Battle of South London' by A. L.Woolf with photographs by F.D.Stickells, jointly published by the 'Crystal Palace Advertiser', 'South London Advertiser & 'West Norwood Times' , c.1945.Ref: 12/967 Vol.9