DAYLIGHT MAGAZINE, COVER OF THE MAY ISSUE

DAYLIGHT MAGAZINE, COVER OF THE MAY ISSUE 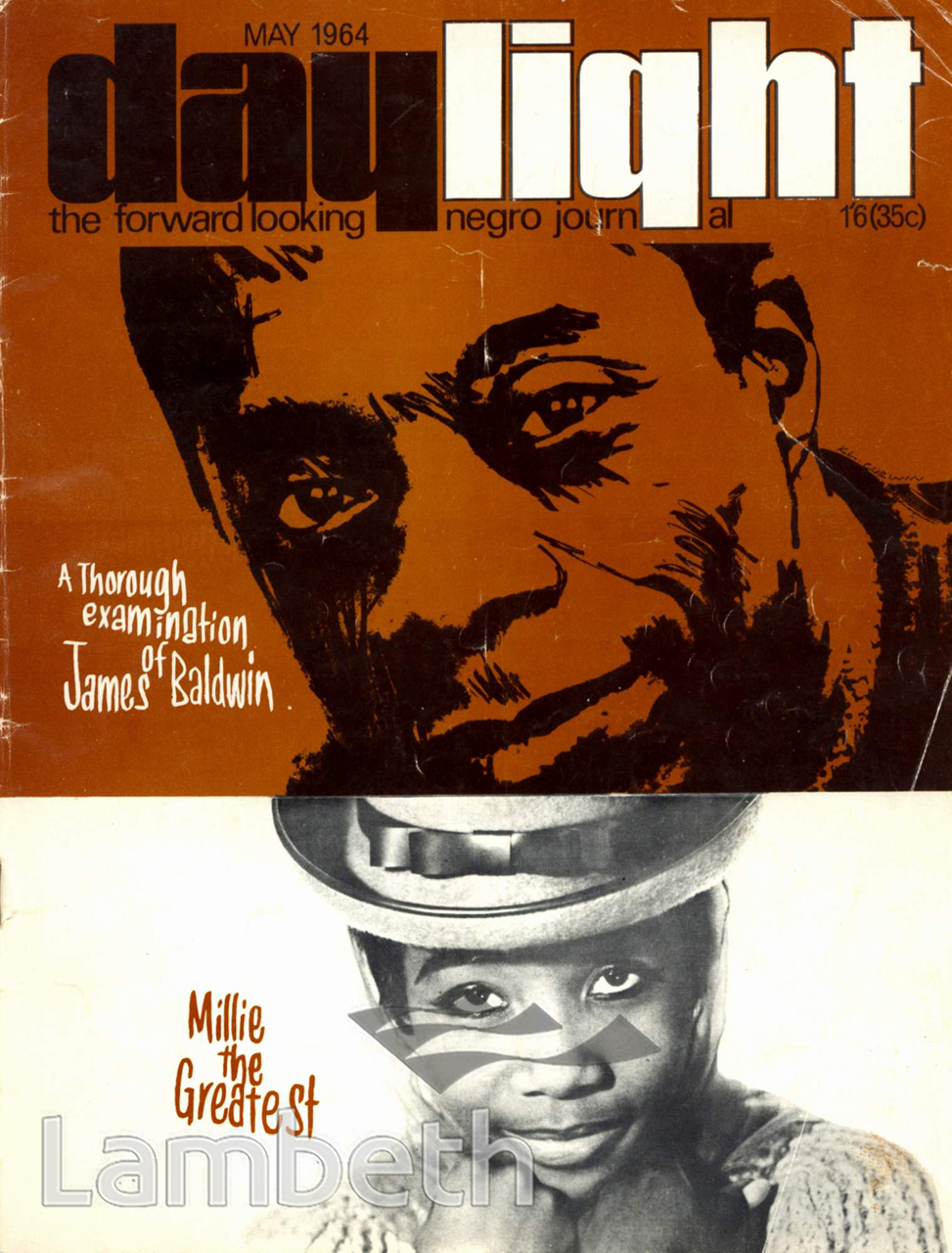 The Daylight magazine cover, May 1964. One of the numerous magazines that targeted the growing Black population in Britain, that went to a few editions in the 1960s before being discontinued. The photograph on the top is of one of the greatest Black American novelists, James Baldwin. Millie Small, seen below, was a successful teenage black singer who was best known for her hit in the early 1960s, 'My Boy Lollipop'.
#1951 - 1975  #People  #Print
⇐STREATHAM MANOR...