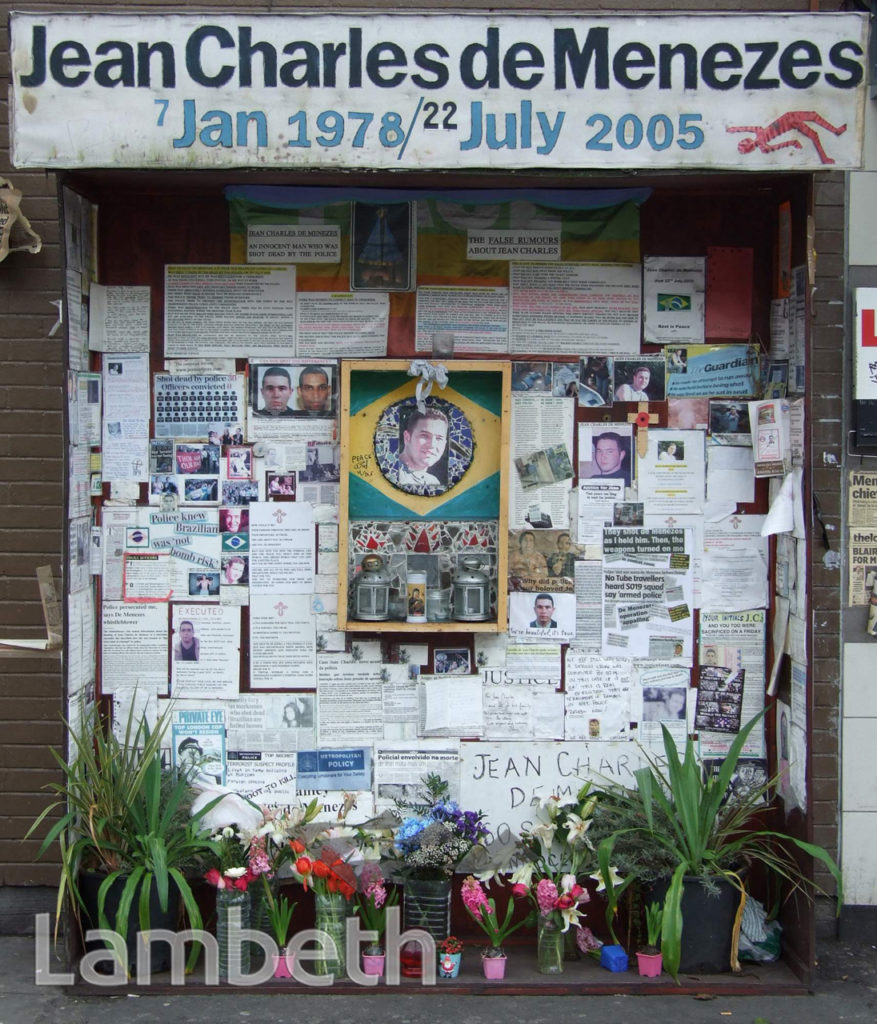 A 'people's memorial' to Jean Charles De Menezes (1978-2005) who was shot by armed police on a train at Stockwell underground station on 22nd July 2005. The Brazilian electrician had been mistaken for a terrorist and his death caused a public outcry. Digital photograph dated 20th January 2008Ref: D86/25