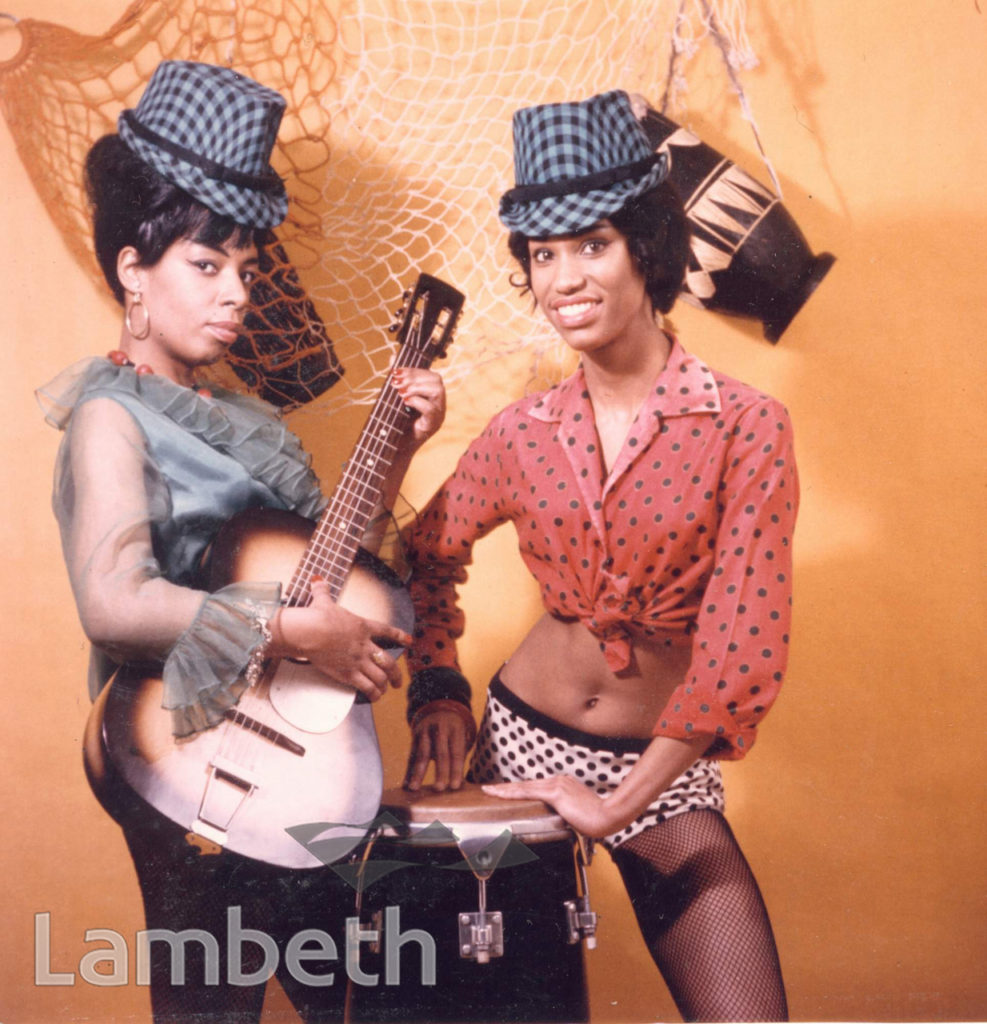 Della McKenzie came to England in her teens in the mid 1950s and grew up in Burton Road, North Brixton. She trained and performed as a dancer in the 1960s and 1970s, touring in Britain and Europe. Her career later included minor parts in films and TV series, as well as roles in factual documentaries and advertising. She is seen here with fellow dancer, Rita, in a still from one of their dance routines.Copyright held by donor