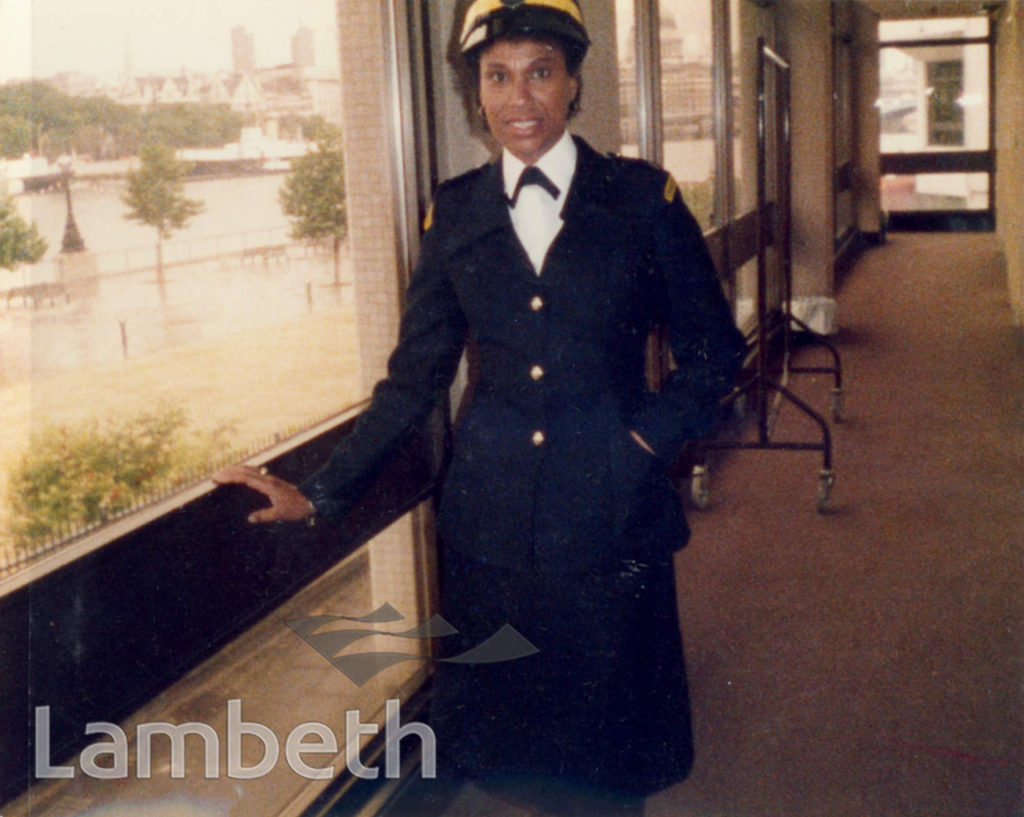 Della McKenzie came to England in her teens in the mid 1950s and grew up in Burton Road, North Brixton. She trained and performed as a dancer in the 1960s and 1970s, touring in Britain and Europe. Her career later included minor parts in films and TV series (as seen here playing a traffic warden), as well as roles in factual documentaries and advertising.Copyright held by donor