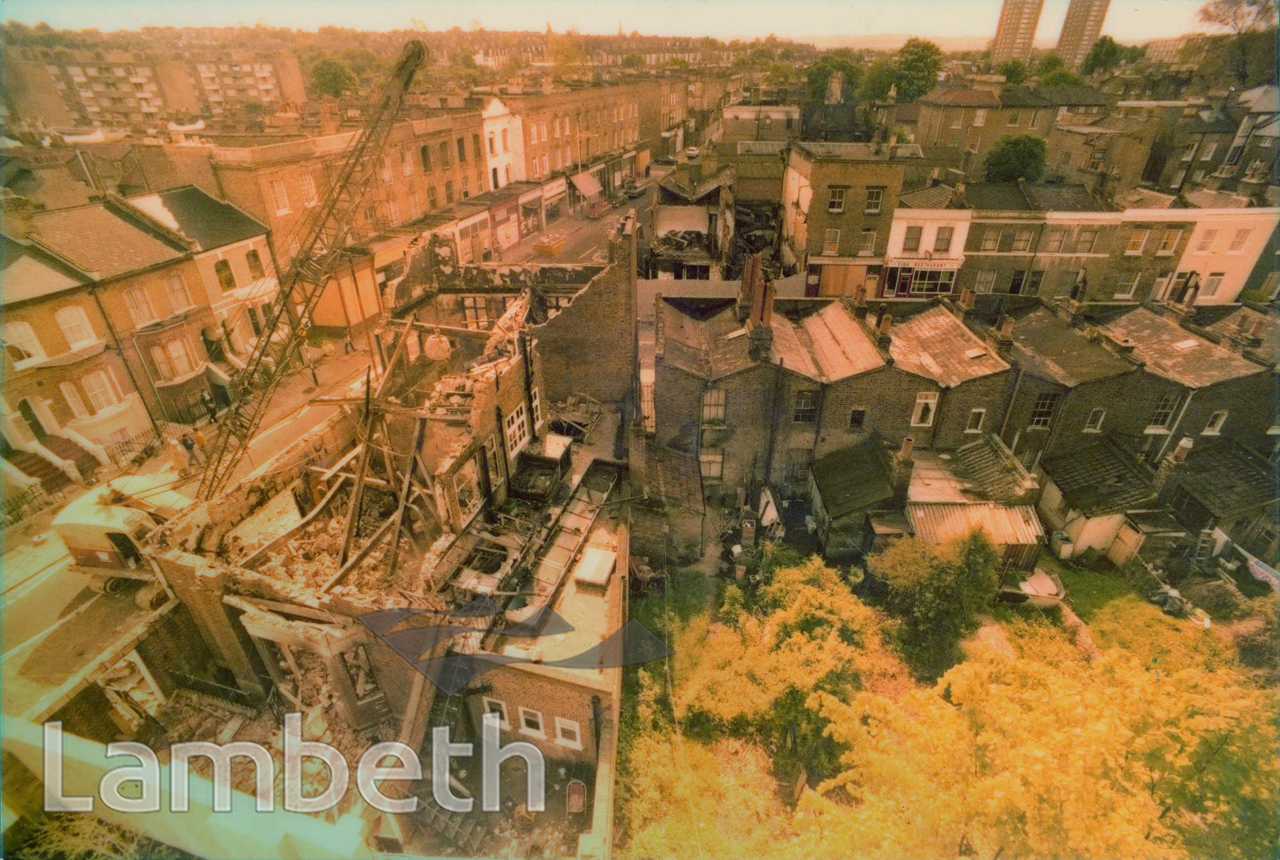 The demolition of the George public house in Railton Road, Brixton, after the April 1981 riots. A South London Press report at the time stated: 'The burning of the George pub in Railton Road was undoubtedly an act of revenge for years of racial discrimination. In the early 1960s it was the scene of demonstrations on this issue and in 1966 its then manager was reported to the Race Relations Board. There was more trouble in 1975 when the licensee banned gays'.From 'As Safe As Houses', an exhibition on short-life housing in Lambeth put together in 1981 by Julian Quan with photographs by Peter Murphy.
#1976 to date  #BRIXTON CENTRAL  #BUILDINGS / ARCHITECTURE  #Carlton Mansions Archive  #INNS AND PUBLIC HOUSES  #LAW AND ORDER  #Photograph
⇐No.2 NEALDEN ST...