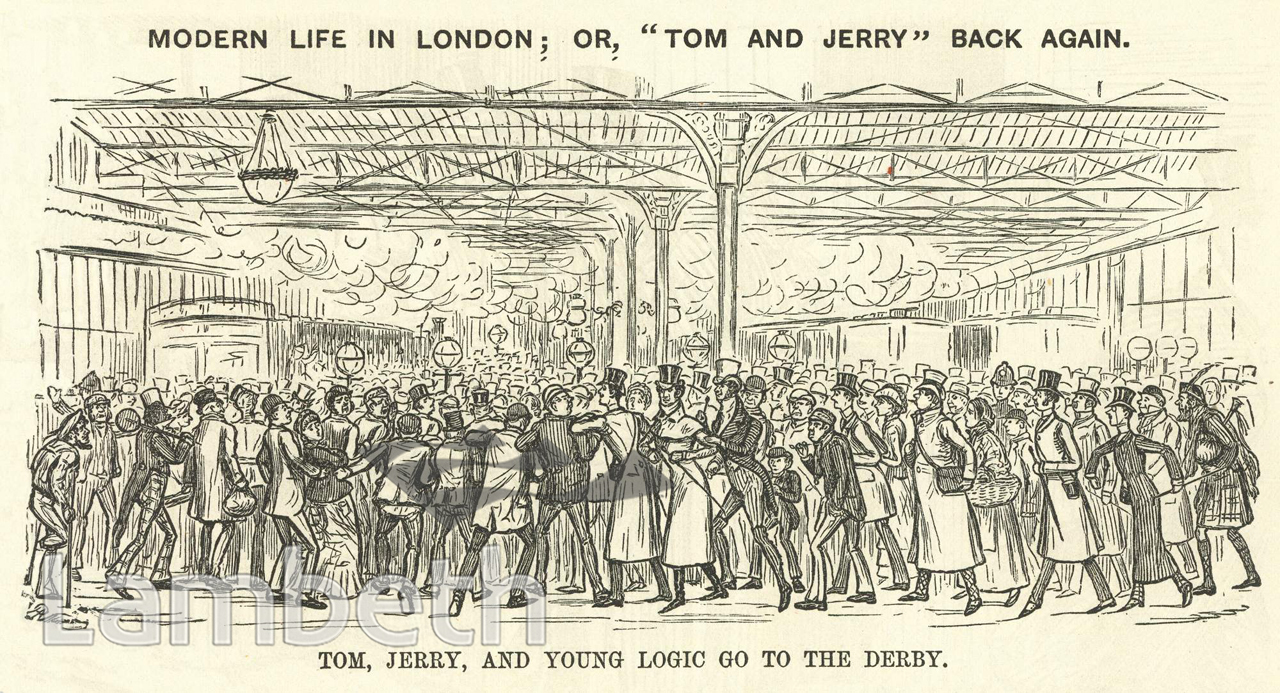 This cartoon is part of a series depicting modern life in London, here the Derby Day crowd at Waterloo titled: 'Tom, Jerry & Young Logic go to the Derby'. The accompanying text contains references that were then in common usage, but today are considered inappropriate:'Our heroes had just polished off their breakfast one morning in May when the following note arrived from young Bob Logic:- 'You are on of course for The Derby. The road is 'played out', so I propose we go down with some gommies by Rail. The station is Waterloo, where, as the Midshipmate said of the savage island he visited, 'Manners none, customs beastly' the Trio proceeded to Waterloo Station. It was indeed a motley sight, there was enough life in the assemblage to furnish materials for a Smollett and a Hogarth, the scene on the platform was rich with all forms of life. There was the nob, the snob, the cad, the dodger, the cadger, the sham Tar, the canny Scot, the orange-woman, the rougish, the schemer, the hypocrite, the fly cove, the mug, the sharp, the flat, and the bookmaker.'
#1876 - 1900  #People  #Print  #Punch Magazine  #TRANSPORT  #WATERLOO
⇐TITANIC BANDSME...