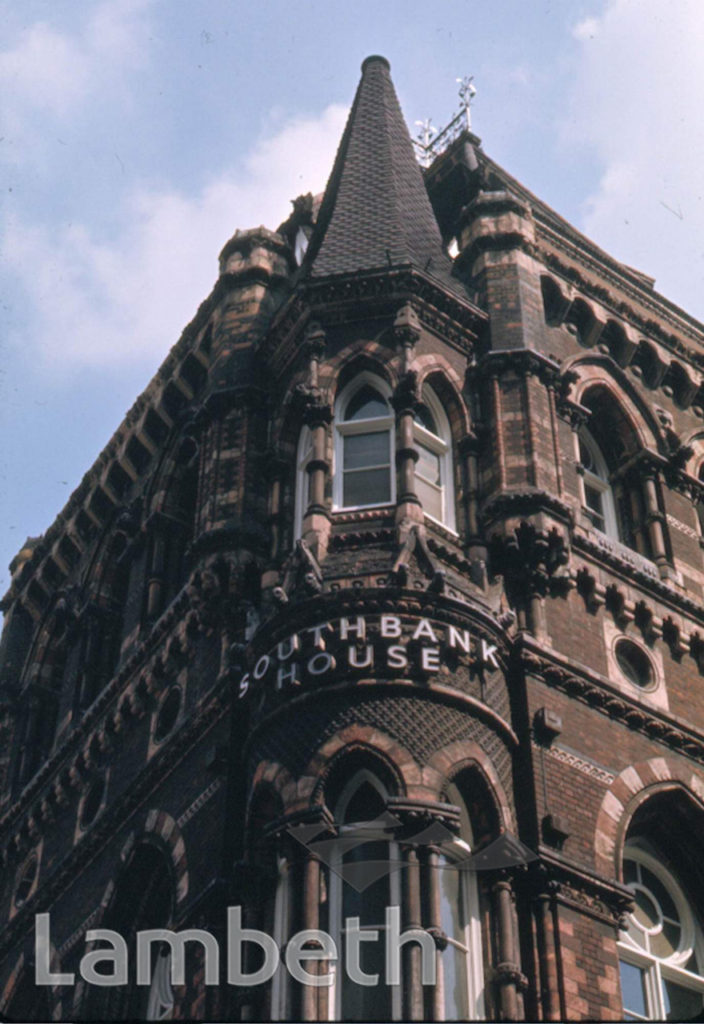 South Bank House, built in 1876-8. The former premises of Doulton Pottery until 1956. This Gothic-style structure was built as a permanent advertisement for Doulton architectural ceramics. This building is all that remain of the Doulton Pottery complex that once dominated the Lambeth Embankment. The premises is now occupied by various office units.Ref: 12/369/ HS2083