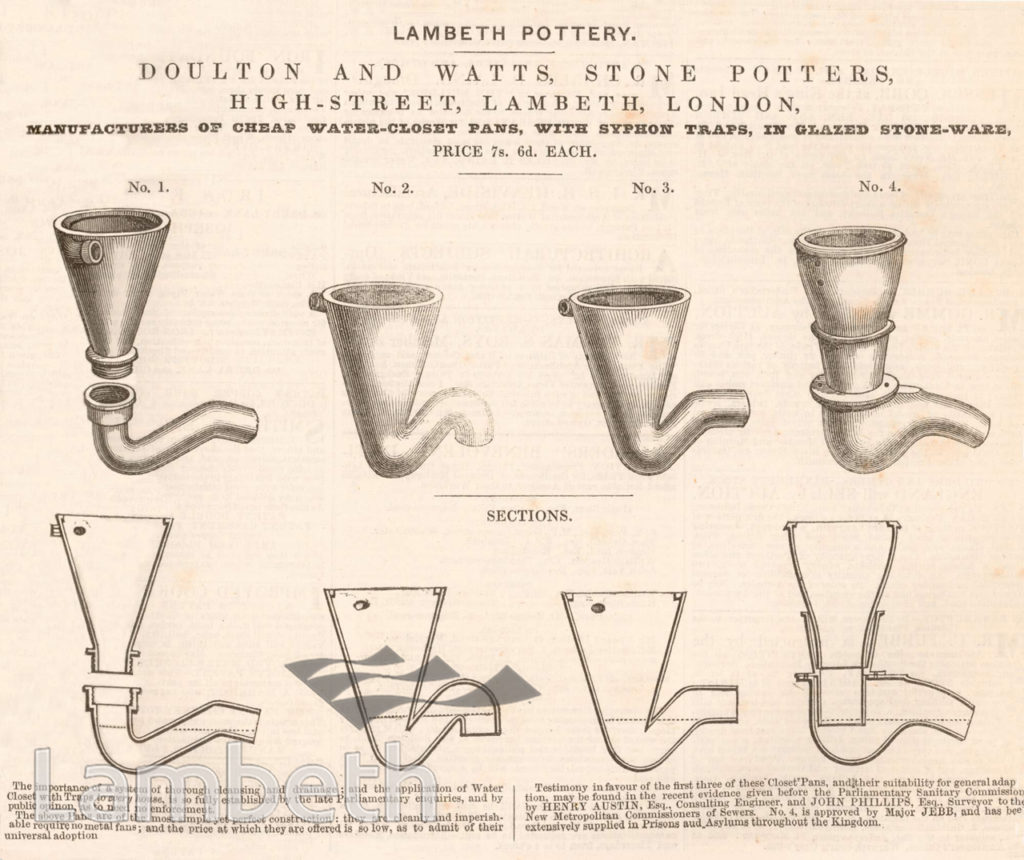 An advertisement for Doulton and Watts' cheap toilets, called 'water-closet pans'. Proper public sanitation was causing much concern in urban areas during the mid-19th century because of cholera outbreaks and other diseases. Doulton's Lambeth Pottery was at the forefront of the demand for drainage and sanitary wares.Ref: The Builder, Vol.6, No.262, February 12th, 1848.