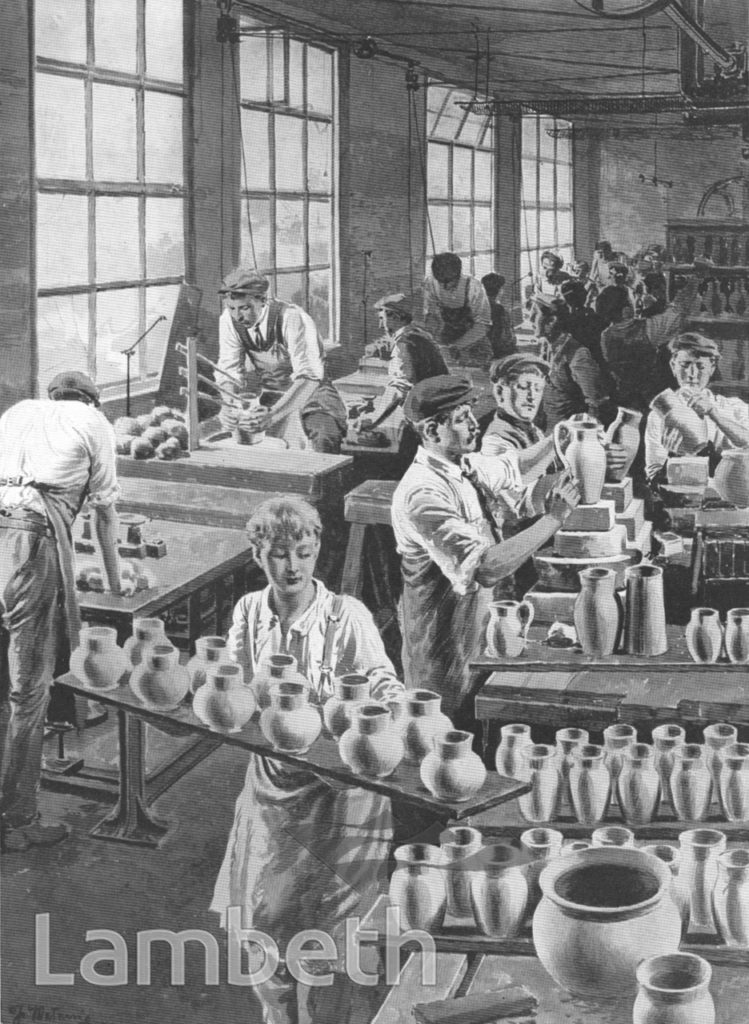 A print from 'The Sphere' magazine with caption: 'An interesting scene at Doulton's Pottery Works. They make a special feature of their stoneware manufactures at Lambeth. The fine chinas, for which the firm of Doulton is also famous, are made at the Burslem works.'Dated 1st October 1910.Ref: Cuttings Doulton