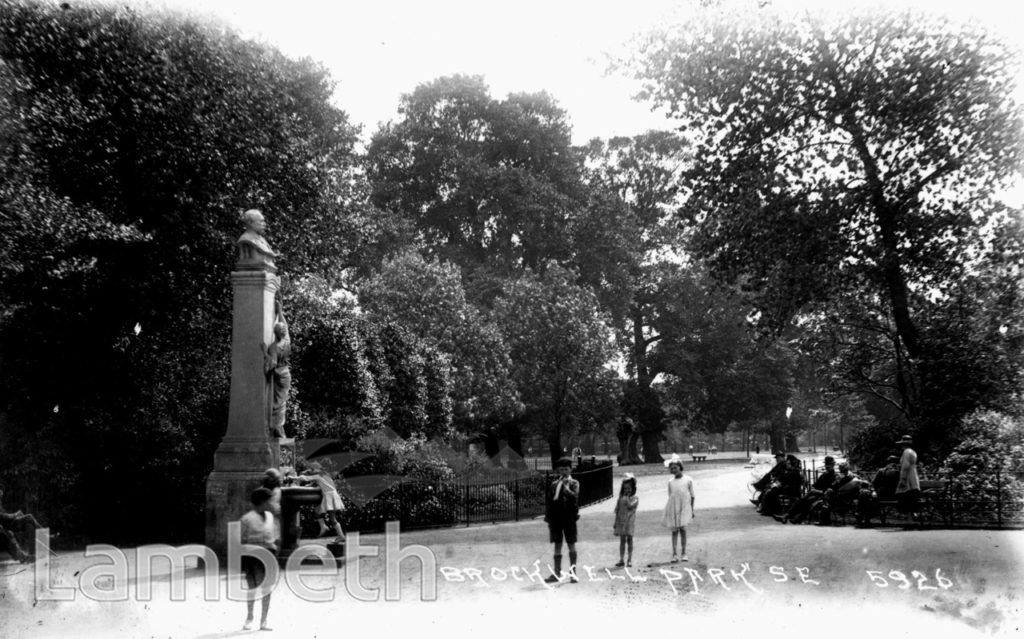 Brockwell Park, view of the drinking water fountain that stood at the main entrance. At the top of the fountain is the bust of Thomas Lynn Bristowe, first MP for Norwood and a wealthy stockbroker, who was primarily responsible for the acquisition of the Park for the people of London. Unfortunately he died on the steps of Brockwell Hall on 6th June 1892, the day the park was opened by Lord Rosebury. Below the bust the statue of Perseverence is seen holding up a laurel wreath. Below the main drinking fountain was a second one for dogs. The entire structure was dismantled by Lambeth Borough Council in the early 1950s.Ref: SP1590