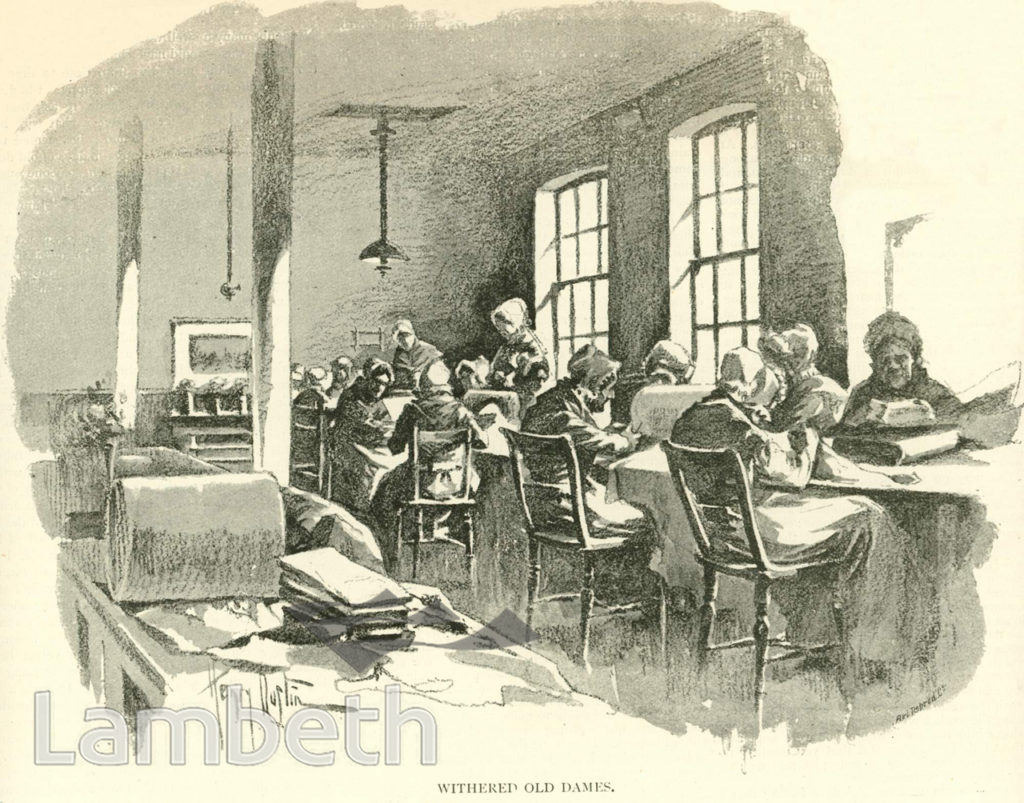 Elderly women working at tables in Lambeth Workhouse off Renfrew Road, Kennington. At the time of this drawing by Henry Dustin titled 'Withered Old Dames', Frederick Fielder was recorded as the Workhouse Master.Engraving, probably from the Illustrated London NewsRef: Cuttings RS Store