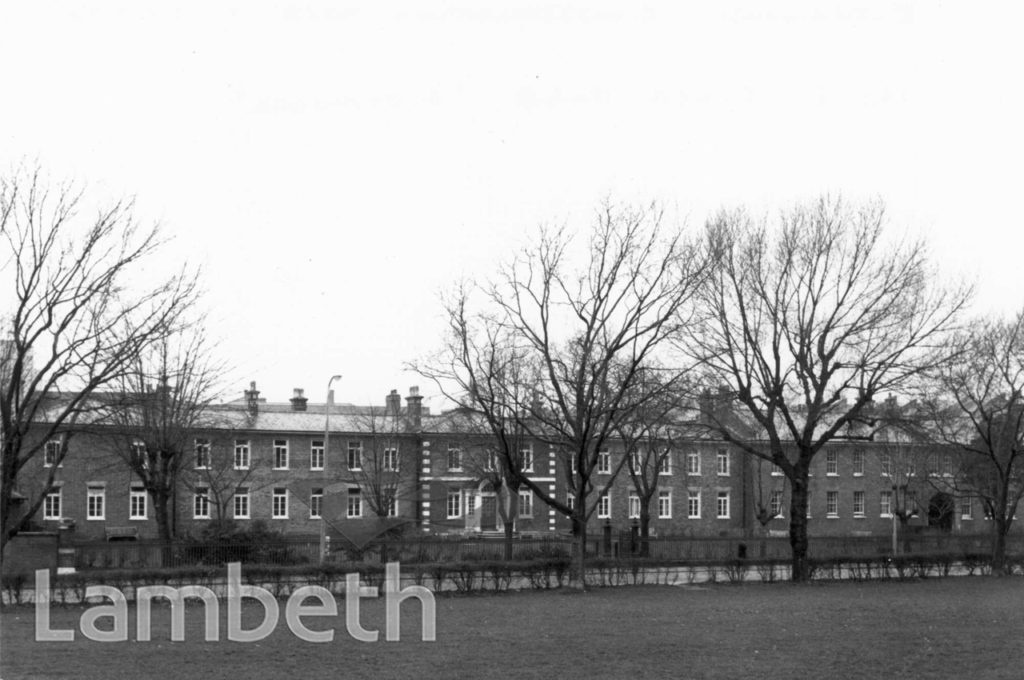 Elderwood House, Elder Road, West Norwood, seen from Norwood Park. The earliest buildings at Elderwood date from 1815 and are some of the oldest in Norwood. It was originally built on land acquired in 1809 as Lambeth School for poor children and became known as 'The Norwood House of Industry'. This is thought to be the first Poor Law School in England and was run along workhouse lines. It was later used as an Old People's Home by the London County Council. It has since been converted into private housing. Ref: LBL/DTP/UD/2/1/23/311